01 September 2015
The Centre for Culture and the Arts at Leeds Beckett University has joined forces with Leeds City Council to present a series of monthly lunchtime talks, entitled Leeds Cultural Conversations.

The inaugural series, supported by global academic publisher, Palgrave Macmillan, will see some of the Centre’s leading academics engage in conversations on a variety of topics; from the life and crimes of William Sheen to LGBTQ histories and heritage.

The hour long talks will run from September 2015 to May 2016 and are to be held in some of the city’s most iconic buildings, including the Town Hall and Art Gallery. 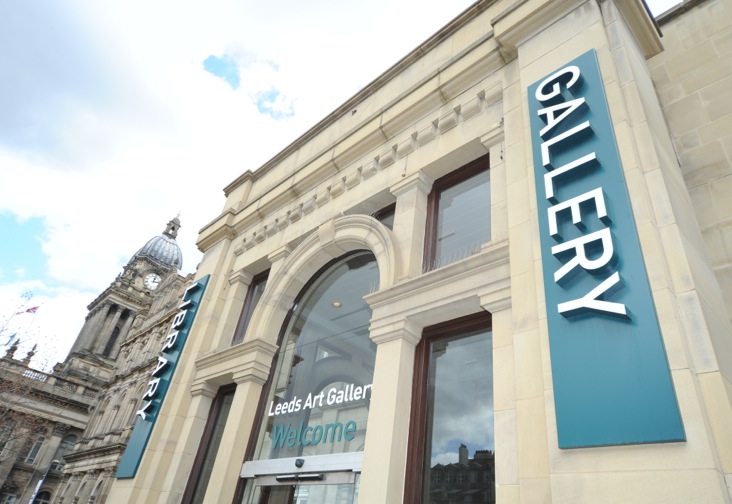 Dr Susan Watkins, Director of the Centre for Culture and the Arts, explained that the aim of the Leeds Cultural Conversations series is to involve people in the centre's research: “We want to get away from the idea of a separation between town and gown.  Leeds Beckett University has a long history of public engagement work and we want as many people as possible to know about the fascinating range of research that our Centre academics are doing.

“We are delighted to be working with Leeds City Council and Palgrave on this series - working with the council allows us to reach a bigger audience and the publisher Palgrave's ‘Campaign for the Humanities’ is something we are closely involved with.”

Abi Mitchell, Arts Officer (Projects) for Arts Development at Leeds City Council, added: “Arts Development are very happy to be working with the Centre for Culture and the Arts at Leeds Beckett on Leeds Cultural Conversations.  The series is a great partnership project and offers a diverse and inclusive range of talks and performances open to everyone to attend.”

Leading the series is Franco Bianchini, Professor of Cultural Policy and Planning at Leeds Beckett.

Professor Bianchini’s talk, entitled ‘What is the European Capital of Culture and what it can do for the city’, follows in the wake of Leeds City Council's decision to bid for the 2023 European Capital of Culture (ECoC).  Professor Bianchini said: “The talk will focus on the history of the ECoC since its launch in 1985.  There will be a discussion of the event's changing aims and of examples of how different European cities have used the ECoC to produce cultural, economic and social change.”

Professor Bianchini’s research interests include: the role of culture in urban regeneration (with a particular focus on port cities and on European Cities/Capitals of Culture); cultural diversity and interculturalism as resources for innovation in urban policy and the development of urban cultural strategies in Europe in the context of the current political, economic and environmental crises.

The first Cultural Conversation will take place at 12.30pm on Wednesday 9 September at the Henry Moore Lecture Theatre, Leeds Art Gallery.  For more information on the series please visit www.leedsbeckett.ac.uk/LCC.

‘What is the European Capital of Culture and what it can do for a City?’ – Professor Franco Bianchini, Professor of Cultural Policy and Planning.  Wednesday 9 September 2015 12.30pm, Henry Moore lecture Theatre, Leeds Art Gallery.