The Syrian conflict, immigration and killer robots to be debated at annual Politics Festival

The Syrian conflict, immigration, the refugee crisis and ‘killer robots’ are amongst the topical issues set to be debated at Leeds Beckett University's 2016 Festival of Politics and International Relations. The annual public event, which will take place across the University’s City Campus from Tuesday 15 to Friday 18 November, consists of a range of talks and debates, providing opportunities for the discussion of key political issues and policy challenges facing our world today.

The festival is organised by the Politics and International Relations group within the School of Social Sciences at Leeds Beckett.

The attorney to Edward Snowden and Legal Director of the American Civil Liberties Union, Ben Wizner, will be speaking to guests via Skype as part of the session, ‘Bringing mass surveillance in Europe under democratic control – is it too late?’, which will be led by Tony Bunyan, Editor of Statewatch.

Guest speakers at this year’s Festival also include: Richard Burgon, Labour MP for Leeds East, Shadow Lord Chancellor and Shadow Secretary of State for Justice, asking ‘Can Labour win under Jeremy Corbyn?’; Jon Beech, Director of the Leeds Asylum Seekers’ Support Network (LASSN), discussing what can be done locally and nationally in response to the refugee crisis; and Federico Venturini of Leeds Friends of Rojava and Javaad Alipoor, co-author of Khiyana: Daesh, the Left and the Unmaking of the Syrian Revolution, making sense of the Syrian conflict.

Dr Paul Wetherly, Festival organiser (pictured above), commented: “The range of events at this year’s festival reflect the areas of work that staff and students at Leeds Beckett are involved in – politics, international relations, peace and development studies – and address some of the big political issues of today.

“We are delighted to welcome a range of invited speakers from universities, campaigning organisations and politics to this year’s programme, which includes sessions on Brexit, the refugee crisis, the conflict in Syria, free speech in universities, the future of Labour under Jeremy Corbyn, killer robots, and more.”

Robert Sharp, Head of Campaigns and Communications at English PEN, an organisation which campaigns to defend writers and readers in the UK and around the world whose human right to freedom of expression is at risk, will tackle the issue of ‘no platform’ policies in university students’ unions which critics argue restrict free speech. Dr Paul Wetherly, Reader in Politics at Leeds Beckett, will lead a conversation exploring attitudes towards immigration; and Dr Steve Wright, Reader in International Relations, with Dr Jess Gifkins, Senior Lecturer in International Relations and Political Science, will ask ‘Should ‘killer robots’ be regulated?’ in an interactive session which will see guests represent a country in a mock-United Nations negotiation.

Events in the Festival are free and open to members of the public. For full details, and to book a place at an event, please visit the Politics and International Relations Festival website. 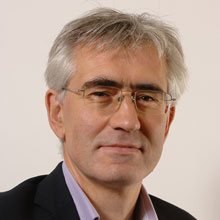