Inspiring the next generation of female leaders

20 November 2018
Leeds Beckett has launched a unique leadership programme designed to inspire the next generation of female leaders.

The Women in Leadership initiative is the first of its kind in the sector, aiming to give women a head start on their leadership journey before they embark on their careers.

The scheme, which has been piloted this year with 30 second year students, will give the undergraduates the opportunity to be mentored and sponsored by some of the country’s top female leaders.

“Evidence continues to show a strong positive correlation between the representation of women in leadership roles and the financial performance of businesses.

“We are helping to inspire the next generation of female leaders, and to accelerate equality at the highest levels of business and industry.

“We believe that supporting our female students in developing the skills and confidence they need to fulfil their ambition and potential, will help to drive real change in the business world.”

Amy McAllister (pictured above) was one of the 30 students on this year’s pilot programme and is now setting her sights on reaching the summit of the construction industry, after being inspired by one of the sector’s top female leaders.

The 21-year-old wants to become the chief engineer on the next Shard or Burj Khalifa, having been mentored throughout the six-month scheme by Angela Barnicle, Chief Officer of Asset Management and Regeneration for Leeds City Council.

Amy said: “I want to manage the biggest construction projects in the world and I’m more driven than ever to achieve that.

“I’ve never been overly confident despite having big ambitions. I’m from a working class family and am the first to go to university so I had no idea what a professional career looks like or how to build one.

“Being mentored by Angela has completely changed that. She’s shown me that whilst there will be challenges, the journey isn’t as scary as I thought. She became more of a friend than a teacher and I now feel like I am good enough and I can go for things I want to go for.”

Khadijah Hafez, 20, was also part of the programme and is determined to start up her own practice to support individuals with special needs. 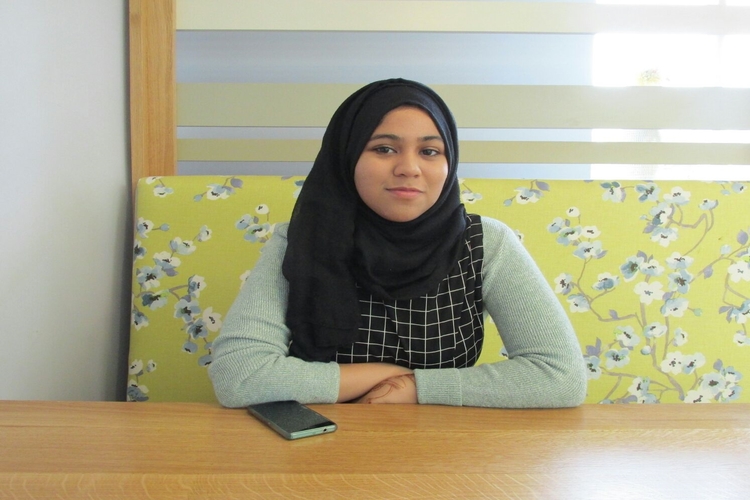 The psychology student was mentored by the HR Director of global insurance company Covéa, Lisa Meigh, who challenged Khadijah to stretch her ambition and aim even higher.

Khadija said: “I’ve always wanted to help special needs children but Lisa has really given me the confidence and belief to try and do this in a much bigger way.

“Special needs support is hugely under-resourced and under-funded, so I eventually want to lead my own team of like-minded people, who want to reach and help as many children as possible and make a real difference in their lives.

“Running my own business was not something I would have ever considered before but it’s suddenly become something very realistic and far more in reach.

“Thanks to Lisa and the programme I now have a strong network of people with lots of experience and contacts in this area, I have tons more confidence and courage and above all the belief that anything is achievable if you want it enough and I know I do”.

Joanne Morley, Head of Brand and Business Development at Arriva Rail, Jane Kidd, European Talent and Diversity Manager at Kellogg’s, and Ros Collins, Head of Customer and Category at Hallmark, were among other top female business leaders involved in the programme.

Next year’s programme will launch in February 2019 and is available to all second year students. Applications for the scheme will in open in January. For more information, please contact Sorrel Leader (Sorrel.Leader@leedsbeckett.ac.uk) or Katie Cliff (K.E.Cliff@leedsbeckett.ac.uk).

The programme is run by our Employer Engagement team who work with employers to connect students with graduate opportunities both locally and nationally.  This scheme is part of a number of initiatives aimed at preparing students for the world of work.