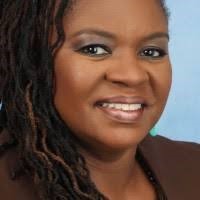 Rosemary Campbell-Stephens MBE received her professional training in England. Having started out as a secondary school teacher of English, some of the highlights of a varied 40 -year career include:

Rosemary designed and led a ground-breaking and highly successful leadership preparation programme, Investing in Diversity, for the Institute of Education, UCL, 2003-2011 as part of the government’s London Challenge initiative.

Subsequently Investing in Diversity was extended across England and, in 2009, to the Institute of Education at the University of Toronto. The program moves beyond leadership theory and generic managerial competences to the deliberate exploration of creating differently enabled leadership spaces, within which those from under-represented backgrounds can practice leadership, provide humanizing experiences for educators and students, and be unequivocal activists in pursuit of equity and social justice through education.

More recently, 2016, as the Director of the National College for Educational Leadership in Jamaica, she developed her thinking further about leadership in post-colonial spaces, especially through the concept of transformational leadership by disrupting deficit narratives. As such, she is deeply invested in decolonising the curriculum and leadership development.

As part of the Global Majority, her terminology (she rejects terms such as BAME), with the Black Lives Matter movement colliding with the fallout of Covid-19 and the resultant ‘resetting’ she finds that her forty year catalogue of work remains not only relevant, but fills some critically important gaps in 2020. As such, she is frantically writing.

In 2015, Rosemary Campbell-Stephens was awarded an MBE for over 35 years’ service to education in England.