In the aftermath of the Great War, The City of Leeds Training College War Memorial was erected in 1922 in the Great Hall; seventy-seven lives are commemorated from the First World War. 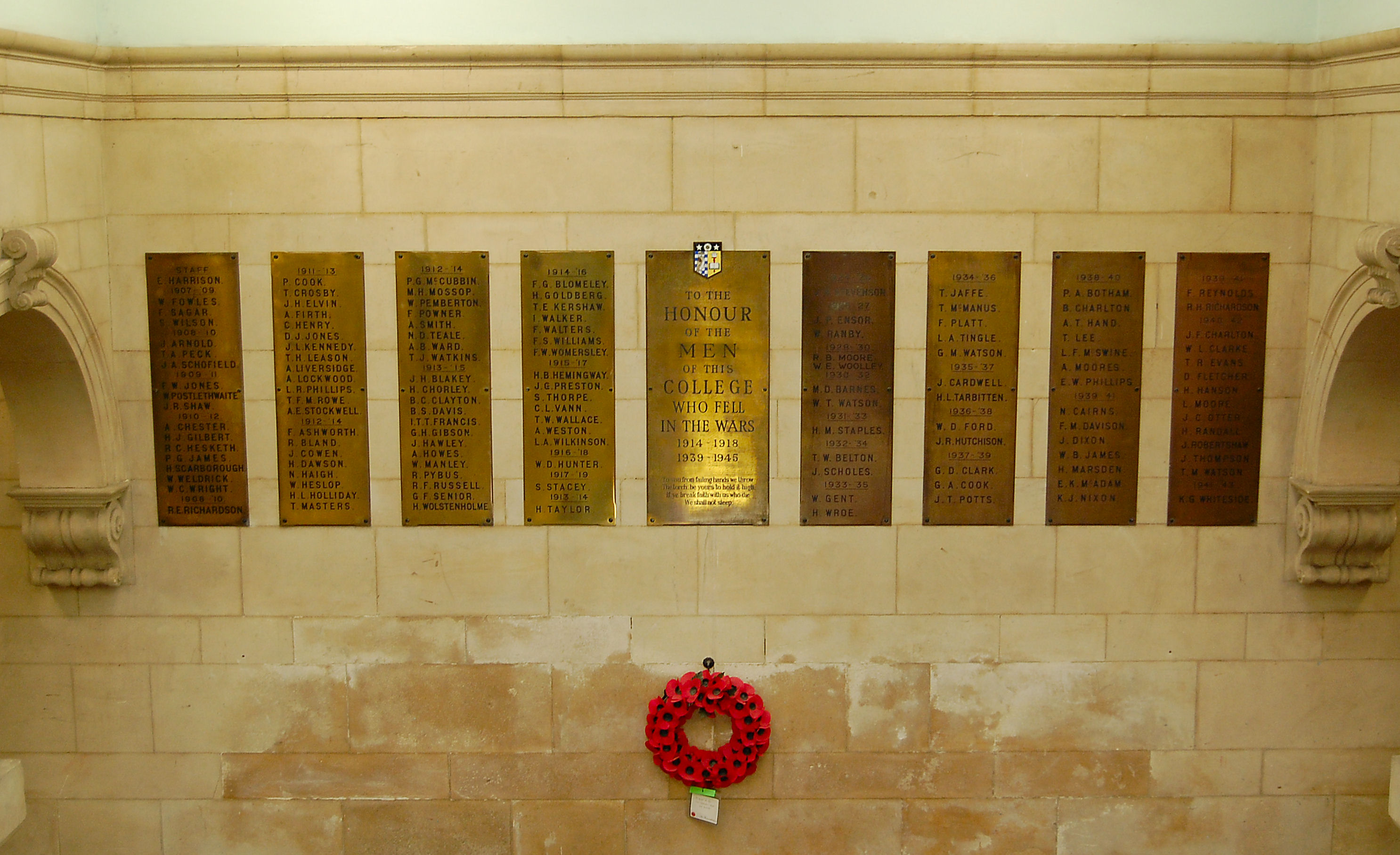 Originally there were four brass plates two on either side of a central plate bearing the college badge and a dedication, later panels were added after the Second World War. These dedication were lines of verse taken from the third stanza of Canadian Lt Col John McCrea’s 1915 poem ‘In Flanders Field’. The symbolism of the torch of remembrance being passed to the next generation resonated with the torch and book depicted on the college badge; the torch of knowledge illuminating darkness, a torch passed from teacher to pupil. Among those named is Mathematics Tutor Edward Harrison, the only member of staff recorded on the memorial. Students include Robert Bland, Matthew Mossop and  Henry Lowther Holliday, three Cumbrian lads who had been photographed as members of the 1913-14 City of Leeds Training College rugby team.