As commemorations of the Great War draw to a close during 2018, the University’s Archive and Special Collections continue to exhibit photographs of the 2nd Northern General Hospital that occupied the buildings at Beckett Park from 1914 until 1927. 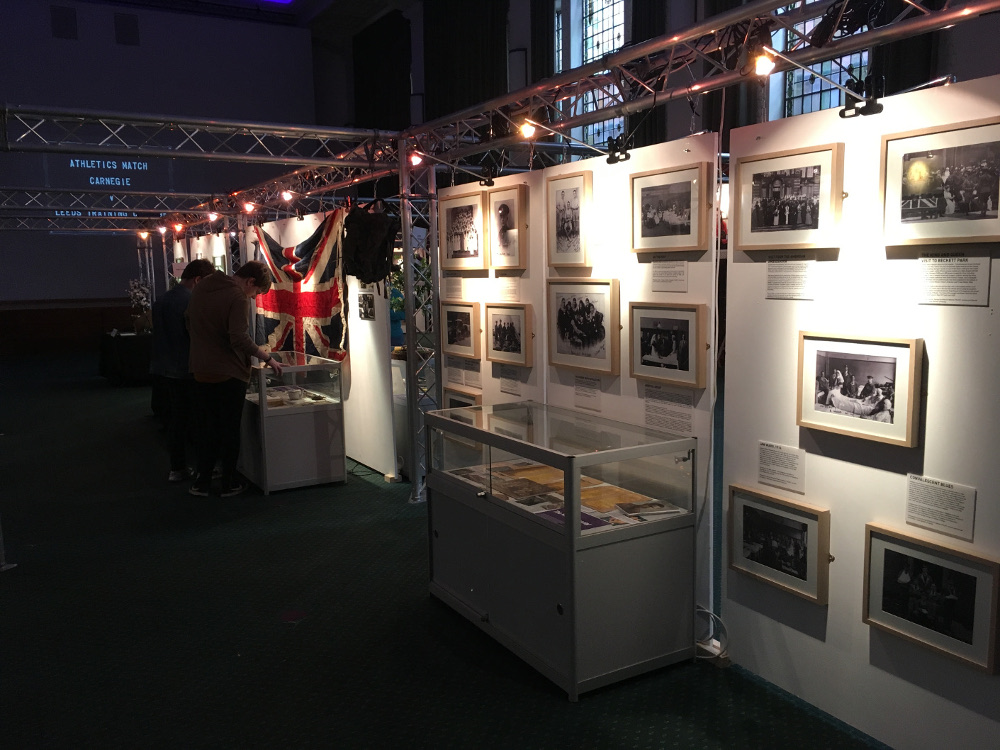 The photographs are temporarily on display in the Great Hall at our Headingley Campus. The exhibition contains other exhibits across the historical timeline of the Campus as part of this year’s Heritage Open Days.

The exhibition follows the campus timeline from its earliest beginnings to its present incarnation as our Headingley Campus. New Grange was a monastic farm of Kirkstall Abbey, following the Dissolution of 1539, successive tenants and owners developed the estate. Around 1604 the Wade family acquired New Grange and held it for 228 years. William Beckett bought the estate in 1832 and shortly after changed the name to Kirkstall Grange. In 1908 Ernest Beckett, Lord Grimthorpe sold estate to Leeds Corporation for the purposes of a teacher training college, a public park and housing. The college was built during 1911 and officially opened in 1913. In 1914 the purpose built City of Leeds Training College buildings were converted into a military hospital, designated the 2nd Northern General Hospital. In 1933, Carnegie College of Physical Training was constructed on the same site to share facilities on the college site. At the outbreak of hostiles in 1939, military authorities once again commandeered the college buildings for use as hospital, training and storage facilities. After the war the colleges reopened and in the 1960s formally merged, this was followed in 1976 with a merger with Leeds Polytechnic. The Polytechnic became a University in 1992 and the site has since become Leeds Beckett University’s Headingley Campus.