Men’s Health Week 2017 runs from 12 to 18 June and offers an important opportunity for conversations around the health and wellbeing of men. 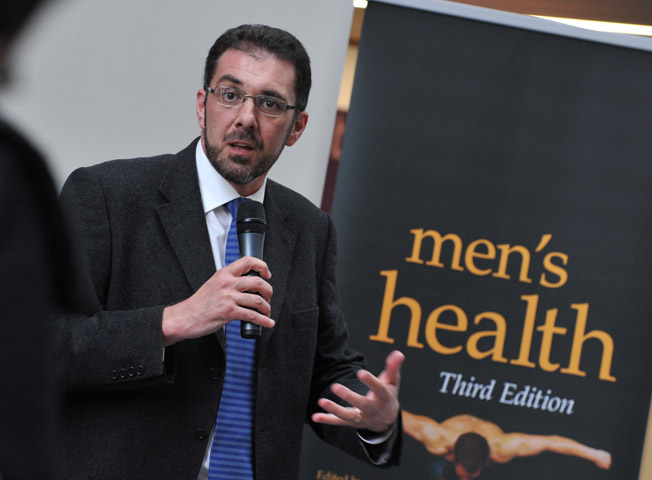 Men’s Health Week 2017 runs from 12 to 18 June and offers an important opportunity for conversations around the health and wellbeing of men.

The awareness week also offers an important opportunity to celebrate the important work undertaken by colleagues across the University.

With one man in five dying before the age of 65, and more than three quarters of suicides being male, improving the health of men remains important. It is an area where gendered imbalances around the causes of illness and mortality can be readily seen. The Men's Health Forum's theme for 2017’s Men’s Health Week is belly fat.

Belly fat is the type of fat that's bad for your health and men are more likely to have it. It is a problem because it lurks not just beneath the surface but also gets down deep and surrounds your vital organs. Regardless of your overall weight, a large amount of belly fat increases your risk of:

State of Men’s Health in Leeds

In June 2016 researchers in the Centre for Men’s Health published a report which put the spotlight on the health of men in Leeds.

The report, The State of Men’s Health in Leeds, was commissioned by Leeds City Council and undertaken by researchers in the Centre for Men’s Health at Leeds Beckett and provides the first complete picture of the breadth of issues affecting men’s health in the city.

Data collected in the report reveals that men in Leeds are more likely than women to die while of working age and men have a worse death rate for all common causes of death including suicide, cardiovascular disease, cancer and respiratory disease. The researchers also found men are more likely to put their health at risk by leading unhealthy lives. Although risk factors are generally more common in men from less affluent areas of Leeds, many men in some of the wealthier areas are at risk because of being overweight, excessive alcohol consumption and working long hours.

Alan White, Professor of Men’s Health at Leeds Beckett, said: “It is a year since we launched The State of Men’s Health in Leeds report and since that time we have directly affected the way many services in the city are now commissioned by the Leeds Public Health team. Having a collaborative working relationship with the council has enabled significant steps forward in understanding men’s health in the city and how best to work with men more effectively to improve their health and wellbeing.

“A simple fact that is worth remembering is that improving the physical and emotional wellbeing of men and boys will have benefits that spread out across the city and will make it happier, healthier and wealthier.” In January, research led by Steve Robertson, Professor of Men, Gender and Health and Co-Director of the Centre for Men’s Health, found that support networks for dads can lead to positive improvements in relationships between dads and their children if they allow the men themselves to co-lead the group within their community.

Professor Robertson said: “Our work with the Salford Dadz network continues to be flagged in national contexts. For example, it formed part of a presentation at the National RCN Congress, was noted in ‘Realising the Value’ (a programme funded by NHS England to support the NHS Five Year Forward View), has been recognised as an exemplar by the New NHS Alliance and has featured in several local and national newspaper pieces.

“Three important features of this work were generating safe spaces where fathers could begin to openly share their varied experiences, significantly improved relationships between fathers and their children and improved relationships between parents even in situations that had previously been antagonistic. With funding from Lankelly Chase, the work is being rolled out as ‘Dadly Does It’ and we continue to have the honour of being participatory evaluation partners in this larger initiative.”

Men getting ready to Offload for improved mental health

Professor Alan White and Dr Amanda Seims from the Centre for Men’s Health and Community Psychologist Dr Glenn Williams from the School of Health and Community Studies, and Dr John Maltby from Leicester University, successfully won an invited tender to evaluate the ‘Offload’ men’s mental health initiative being piloted by Rugby League Cares and State of Mind Sport. Both the study and the evaluation have been funded by the Big Lottery and the OddBalls Foundation. Read more here.

Young fathers are unfairly regarded as ‘hard to reach’ according to new research by Dr Laura Davies. It has been suggested that fathers under 25 are unwilling to get involved with support services to help them adapt to parenthood, but this research has found that it is often the structure of the services themselves that makes them difficult to access.

Ongoing research coordinated by Dr Mark Robinson, Senior Research Fellow at the Centre for Men's Health, alongside Dr Frank Keating in London (Royal Holloway) and Professor Steve Robertson, with Dr Kris Southby, and funded by the National Institute for Health Research (School for Social Care Research) is examining social approaches to supporting recovery in their communities for African and Caribbean men with mental health experience. The research has benefitted from a strong, vital partnership with the Black Health Initiative (BHI), Leeds, and also with strong support from Touchstone. The research is very exciting because it provides men with an opportunity to tell their own stories in-depth, and to work together in co-production events to find empowering solutions to identified dilemmas. Emerging findings will be developed further at an expert’s symposium late in the year. Dr Esmée Hanna, Research Officer in the Centre for Health Promotion Research recently presented published research which shows that men are using online spaces to find help, support and advice on their lifestyles when dealing with issues of infertility, will be presented at the British Sociological Association (BSA) conference.

Working in partnership with Fertility Network UK, Dr Esmée Hanna, a researcher in the Centre for Health Promotion Research at Leeds Beckett, and Professor Brendan Gough, Director of Research in the School of Social Sciences, want men to share their experiences of fertility problems, and how they have been affected by infertility, by taking part in a qualitative questionnaire.

Steven Markham, lecturer and researcher in the School of Health and Community Studies conducted research into health and wellbeing outcomes achieved through ‘Men’s Sheds’.  Men's Sheds are most popular in Australian where there are over a thousand with 100,000 participants. Many Men's Sheds focus on utilitarian activities like woodwork and metalwork, with health and wellbeing being a subsidiary outcome.

Steven interviewed stakeholders and attendees of a men’s shed in the Republic of Ireland which primarily focuses on wellbeing and has introduced other activities such as volunteering on community projects, foodbanks, and engaged the men in woodwork.

Masculinities can be perceived, particularly by those in the health and social care sectors, as barriers to men reaching out for help and for services being able to reach men. The men reported that they felt more secure, emotional connected and more connected to their local communities. These things lead to reduced social isolation and brought a sense of meaning to the men's lives. They enjoyed and wanted to help other people. This is a key point because men often do not want to be the recipients of 'services'. Through the Men's Shed, the men were given an avenue, the resources and encouragement to be able to help others. By doing so, this increased their confidence and sense of self-worth and improved their wellbeing. 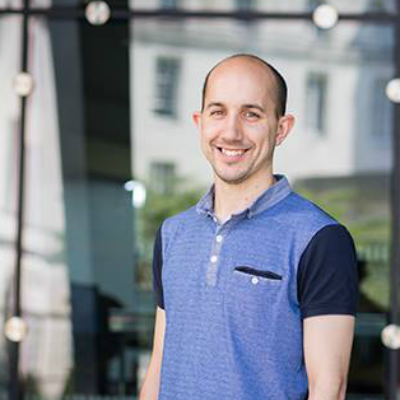