Emily, part of the victorious England side who triumphed at the 2014 World Cup, will be awarded an Honorary Doctorate of Sport Science by Leeds Beckett, where she studied BSc (Hons) Sport and Exercise Science.  Speaking ahead of the ceremony she said: “I am extremely honoured to receive such an accolade. Leeds Beckett played a huge part in my own personal and sporting development and so to be recognised by them in this way is a huge privilege. I am very much looking forward to the day and to sharing it with so many others celebrating their success.”

Speaking about the range of awards to be awarded, Professor Susan Price, Vice Chancellor of Leeds Beckett University, added: “Our honorary degrees recognise and celebrate a variety of individuals who have made significant contributions to their field and who are a source of inspiration to our students and graduates. This year’s awards are no exception, as we welcome a host of highly-respected figures from business, law, sport, health and the arts to our Headingley Campus, joining us in celebrating the achievements of our graduating students.”

Multi-award-winning British lyricist Sir Tim Rice will be awarded an Honorary Doctorate of Arts, as will Architect, writer, lecturer and TV presenter George Clarke.  Sir Gary Verity, who brought the 2014 Grand Depart of the Tour de France to Yorkshire and was awarded a knighthood in the Queen’s Birthday Honours List this year, will receive an Honorary Doctorate of Business Administration. 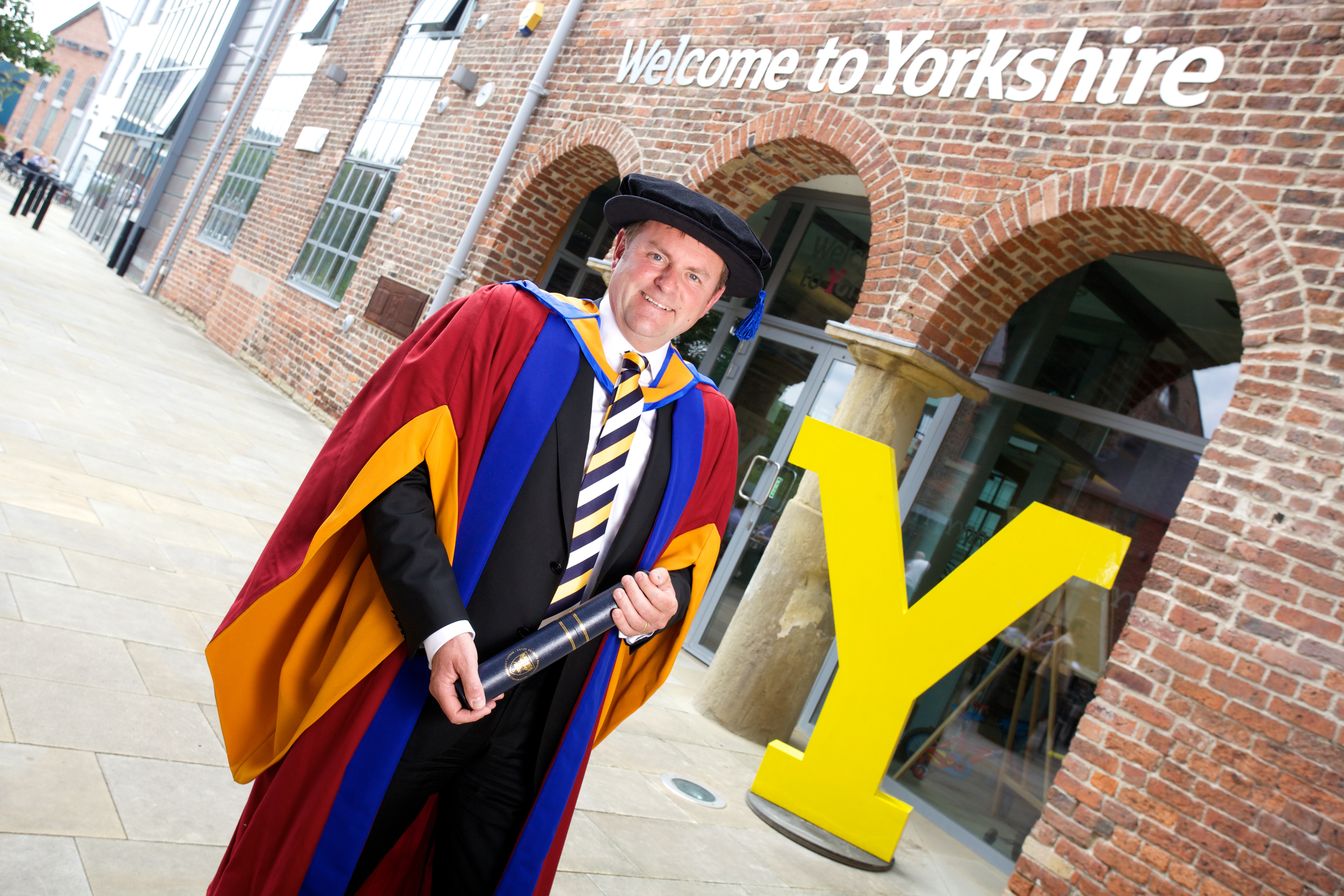 Sir Gary added: “I am extremely proud of what our city and county have achieved in recent times, and to have played some part in that success has been a privilege. Leeds and Yorkshire are now destinations well and truly on the world map, thanks in part to the Tour de France last year, and the Tour de Yorkshire this year, and I am confident that momentum can continue for many decades to come. And as a Leeds lad born-and-bred, to be given this recognition by Leeds Beckett University is a real honour.”

David Lascelles, the eighth Earl of Harewood, pictured in the Himalayan Gardens at Harewood House

The graduation ceremonies will take place at the University’s Headingley Campus between Monday 20 and Friday 24 July where the honorary award recipients will join around 5,000 students graduating from Leeds Beckett University this year.

The full list of honorary degrees to be awarded by Leeds Beckett University is: