Caroline Lucas MP, Co-Leader of the Green Party, is set to discuss war and peace in the modern world at Leeds’s annual peace lecture. The 2016 Olof Palme Memorial Peace Lecture, organised by Leeds Beckett University and the Leeds City Council Peace Links Group, takes place at the Civic Hall on Thursday 27 October from 6.30pm to 9.30pm. Places are free and should be booked here.

Caroline Lucas joined the Green Party in 1986 before being elected as a Green Party Member of the European Parliament for South East England Region in 1999, and again in both 2004 and 2009. She was elected as Leader of the Green Party in 2008 and, in 2015, Caroline was elected to a second term as Brighton Pavilion’s MP, having previously made history when she was voted in as the UK’s first Green MP in 2010. She is currently Co-Leader of the Green Party with Jonathan Bartley, having been re-elected in September 2016, as well as Vice President and Chair of Parliamentary CND (Campaign for Nuclear Disarmament).

In her lecture, Caroline will focus on current and future global threats alongside solutions that will help build a more secure stable world. She will talk about the threat posed by the ecological crisis, in particular, and set out what she thinks Britain’s foreign policy ought to look like: including tackling the issue of Brexit.

Speaking ahead of her talk, Caroline said: “I’m very much looking forward to delivering the Olof Palme Peace Lecture later this month. We live in dangerous times and I’ll be making the base for a radical rethink of our defence policy which prioritises the prevention of conflict over armed intervention. Central to that must be an understanding of the impact of climate change and environmental degradation on conflicts around the world – and a commitment to tackling the raging inequality which fuels the fire of war.

“I’ll also be outlining the case for Britain ditching its nuclear weapons in favour of a more dynamic military equipped and effective for peacekeeping in the 21st century.”

Dr Rachel Julian, co-organiser of the event and Senior Lecturer in Peace Studies at Leeds Beckett, added: “We're so pleased and excited that Caroline Lucas is coming to give this talk. She is an inspiration to so many people and her knowledge on peace, war, and the global issues we face is very clear. She knows the scale of the challenge and the importance of action: a belief which is shared by Peacelinks of Leeds City Council and Peace Studies at Leeds Beckett. We are looking forward to welcoming everyone to the talk and the conversations she will provoke.”

Caroline is a passionate campaigner and activist and was voted the UK's most ethical politician in 2007, 2009 and 2010 by readers of the Observer and one  of the Guardian’s top ‘eco-heroes’ in 2008. She received Red magazine's Woman of the Year Award 2010 in the ethical/eco category and is in the Environment Agency's Top 100 Eco-Heroes of all time. In 2015 the Patchwork Foundation named Caroline MP of the 2010-15 parliamentary session for her work with deprived and minority communities in Brighton and across the country.

The Olof Palme lecture was first established in 1987 by then Labour Euro-MP for Leeds, Michael McGowan, in memory of Swedish Prime Minister Olof Palme, a peace campaigner and outspoken opponent of apartheid in South Africa.

Olof Palme was briefly a student at the University of Leeds in the 1950s before his election as an MP to the Riksdag in 1956. Over the next few years he held several ministerial posts, eventually becoming prime minister in 1969. Although he lost his parliamentary majority in 1971, he managed to carry out major constitutional reforms. He was returned to power in 1982. However, on 28 February 1986 he was shot dead as he left a cinema in Stockholm with his wife Lisbeth. These annual lectures have been held to remember his work for promoting peace and security in the world. 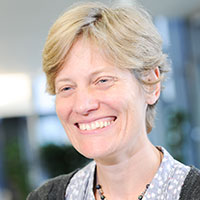