29 February 2016
Phil Robertson, Cinematographer and MA Film Production graduate from our University, who has recently joined us as a Senior Lecturer in the Northern Film School, has been shortlisted for an Oscar for the film Shok.

Shok is a 21 minute short film which tells the real-life story of two boys whose friendship is tested to its limits as they battle for survival during the Kosovo war in 1998. Shok is Albanian for friend.

The film is one of 10 shortlisted films from a list of 144 in the category of ‘best live action short film’. Shok is a finalist for a nomination and final nominees will be announced on 14 January with the awards being presented on Sunday 28 February 2016.

Phil is an internationally-renowned, BAFTA winning Cinematographer for film and TV, with credits that include Werewolf: The Beast Among Us, Frozen, Larkrise to Candleford, Holby City and Tess of the D'Urbervilles.  He has studied in Russia and the UK and holds an MA in Film Production from the Northern Film School, as well as qualifications in Electrical and Electronic Engineering.

Speaking about how he came to be involved in Shok, Phil explained: “My involvement in this film stems from my time in Leeds, studying Cinematography at the Northern Film School. The Film School’s contact at Film Lab North (FLN) was Howard Dawson. Howard was always supportive of students and their work — a great mentor and colleague. When I graduated we kept in contact and indeed numerous times within my career as a DOP (Director of Photography), I insisted in processing my negative through FLN. Through this time we had a great working relationship.

“When the lab shut, Howard became a freelance producer and our relationship continued. I had the good fortune to shoot a feature film which Howard produced called Confession - think Béla Tarr set in Yorkshire.

“Howard sent the script for Shok to me in summer 2014. I love the script — this was a story that had to be told. So I said yes to shooting Shok.”

Phil went on to describe his experience of working on the film: “The crew was made up of people I have never worked with (for example the director Jamie was a very inexperienced director who had very little drama output). The majority of my crew were made up of locals but as Howard put it “You are in place to ensure that we come back from Kosovo with an appropriately photographed film, coverage and option for the edit — a film that works and tells this wonderful story.

“I had to deal with the difficulties and challenges of location filming in Kosovo, which were many and varied.

“I traveled to Kosovo to pre recce and find the locations for the story, also to get to know the director Jamie, a lovely man who was living in Kosovo (but is originally from Leeds) and who had written the script from true life incidents/reports and in particular the experience of Eshref Durmishi (the producer in Kosovo and one of the actors).

“Myself, Jamie and Eshref found the location in a wonderful (for the story) hillside village about 25 miles outside Mitrovica (still a divided city). This village and surrounding area would be our base and location for the whole film.

“I started to meet my crew and work out the logistics of filming in Kosovo with our wonderful Kosovo line producer, Doni Cahani. In this time I became aware of the difficulties that we would encounter.

“As a direct result of my recce time we decided to ship the camera from the UK (my relationship with Provision, the camera supplier, stems again from my time at the Northern Film School). Together with Key crew, who had worked with Jamie on pop promos such as Focus Puller (I knew Steve Marles from our work together on Confessions), make up (Amy Louise Ellen for Confessions) and Sarah Peczek, who was to perform a dual function as DIT (Digital Imaging Technician) and Editor. Sarah was a key member of the crew whose contribution to the film cannot be understated. 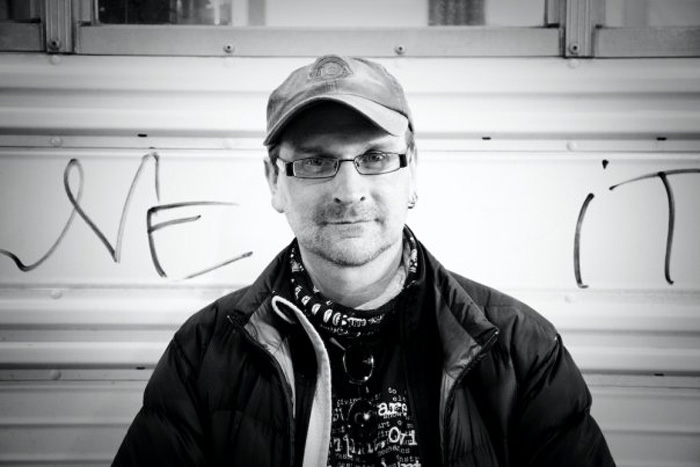 Andrew Fryer, Head of the School of Film, Music & Performing Arts at our University, said of Phil’s nomination: “As a previous BAFTA winner and internationally-renowned Cinematographer, we are delighted that Phil's expertise has been further recognised through being shortlisted for an Oscar nomination. Our students at the Northern Film School are privileged to be taught by such industry luminaries as Phil and we all send our congratulations!”

Phil added: “I am personally excited and humble to have contributed to this film which give a snap shot of ‘man's inhumanity to man’ (Robert Burns) witnessed all over Kosovo at the time. Perhaps the film resonates with audience as it parallels what I am seeing daily on the news. Shok tells the story of recent European history that perhaps not all knew about, portraying real events and it is heartening and exciting to see it being viewed by a worldwide festival audience.

“The icing on the cake is this, making the Oscar long list, which should afford the film more publicity and reach a wider audience. This was a story that had to be told and seen by as wide an audience as possible.”