03 November 2015
Staff and students from our University are to showcase their work in a series of events at this year’s Leeds International Film Festival (LIFF).

Over the course of the festival the Northern Film School, CINAGE and Dr Emily Zobel Marshall, Senior Lecturer in Cultural Studies and Humanities, will present film screenings, discussions and workshops at various venues across Leeds.

Founded in 1987, The Leeds International Film Festival (LIFF) is the largest film festival in England outside London. The increasingly popular event presents films, shorts and features (both commercial and independent) by both experienced and novice filmmakers from around the world. This year’s festival will run from 5 to 19 November.

The Northern Film School will be hosting a screening of the very best films produced by its students from the past year. The event is free, open to the public and will take place at the Albert Room, Leeds Town Hall, from 6.30pm to 8.30pm For more information or to book tickets email NorthernFilmSchool@leedsbeckett.ac.uk To find out more about the Northern Film School go to www.northernfilmschool.co.uk.

From 11am til late, experts from the film-making industry (including staff from the Film School) will be holding tutorials on a variety of sector-related subjects, including how to get your film onto the big screen and the latest film equipment. The day will be rounded off with drinks and a chance to network with like-minded people. The event, to be held at the Sullivan Room, Leeds Town Hall, is free but booking is required.

CINAGE, a two year research project run by Leeds Beckett University with researchers from Portugal, Italy and Slovenia and funded by Grundtvig, Europe’s lifelong learning programme, is a team of over-65s, who having taken part in practical workshops on screenwriting, directing and editing, have produced a series of 10 short films which will be screened during LIFF. To view a trailer of the CINAGE film series go to Youtube 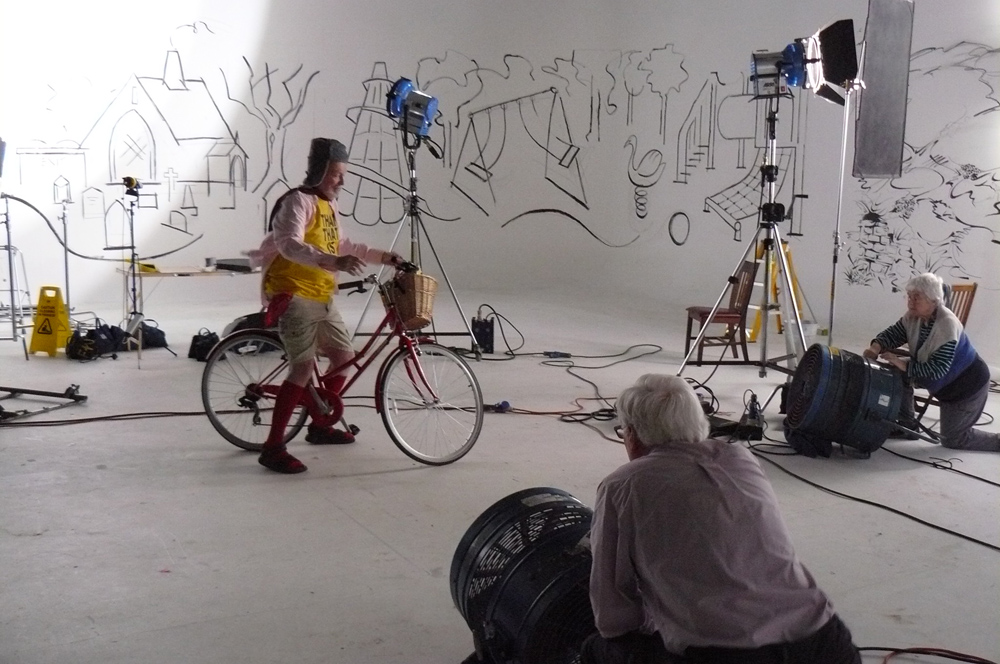 The shorts will be shown at the Bramley Lawn café, Bramley, from 1.30pm. To book your place email franbramleyea@gmail.com.

Directed by award-winning, Martinique-born director, Euzhan Palcy, Sugar Cane Alley is the tale of Young Jose and his escape from a life of back-breaking work in the sugar cane fields of 1930s Martinique when he wins a scholarship to a prestigious high school in the capital; gaining his education through the determination and many sacrifices of his extraordinary grandmother.

The screening, sponsored by the Centre for Culture and the Arts at our University, is one of many international ‘Year of Zobel’ events that are taking place in 2015 to celebrate his life and work. The film, to be shown at 8pm at the Albert Room, Leeds Town Hall, is a ticketed event.

Staff and Students from the Northern Film School will be present at The British Short Film Competition at the Hyde Park Picture House, Headingley. Every year the British Short Film Competition grows in size, stature and breadth; there have been over 700 entries alone this year and as a consequence, there are now two programmes, one at 2pm and one at 4pm. Each screening features a number of shorts of varying styles, genres and topics by both established, award winning filmmakers and up and coming recent film graduates.

Kathryn Porteus, Internal Communications Assistant at Leeds Beckett and member of the Leeds Palestinian Solidarity Campaign, will be part of a team showcasing several films at the Leeds First Palestinian Film Festival (LFPFF). The Wanted 18 is being screened in collaboration with LIFF at 8.30pm at the Albert Room, Leeds Town Hall. Directed by Amer Shomali and Paul Cowan, the film, a mix of documentary and Claymation, offers an unexpectedly humorous account of a West Bank town’s experience of the first Intifada. For more information about The Wanted 18 and the LFPFF go to http://www.leedspsc.org.uk/filmfestival/

In other Northern Film School news...

Three members of staff from the Northern Film School are to be involved in this years Aesthetica Short Film Festival (ASFF). The BAFTA Qualifying ASFF will take place from 5 - 8 November, with a line-up of 300 short films, industry events and special screenings.  In 2014, over 18,000 visitors attended the York-based festival.

Mark Carey will chair ‘Finding the Right Angle’, a Masterclass with the Association of Camera Operators at 12pm on Friday 6 November at the Grand Opera House, York. 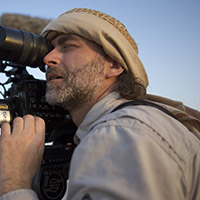 Members of the Association have been behind the lens for some the biggest films of all time, including Star Wars and Gravity.  They will speak about their role in production, their unique view of filmmaking and their wider understanding of the craft of storytelling. For more information and to book tickets visit http://www.asff.co.uk/

Jenny Granville, Senior Lecturer and Ann Tobin, Part-time Lecturer at the Film School, were part of a team of support staff who mentored creative individuals to produce JUS SOLI – An IdeasTap/Northern Film School Feature Film. The award-winning film opens up a discourse on the Black British experience; interrupting the emotional transition between generations and questioning what it means to be British. To view a trailer of the film go to https://vimeo.com/106484999

The film will be shown at 2pm on Thursday 5 November at the National Railway Museum, York and at 10am on Sunday 8 November at 1331 (bar-restaurant-venue-cinema), York. For more information about the film go to https://www.facebook.com/rightofsoil.