All Change, by folk-rock singer Tom Williams, was recorded with students in the Leeds Beckett music studios as part of Tom’s artist in residency at the University in 2016.

The first single from the album, Everybody Needs a Home, received its first air play on Steve Lamacq’s BBC Radio 6 Music show and has since been picked up by Lauren Laverne, Huey Morgan and Jo Whiley, amongst others. The album was mastered at the famous Abbey Road studios.

Tom took three of the students out on tour with him that summer as part of his band.

“The record has made Number 9, the position held by Radiohead last year, which gives some indication of the level the students have reached. Tom has been so pleased with the students that after taking them on tour this year he has asked them to work on the follow up album with him.”

Tom said: “The time I spent at Leeds Beckett last year really did change my life. The students I met and recorded with not only proved to be fantastic folks but also incredibly skilled players and engineers.” 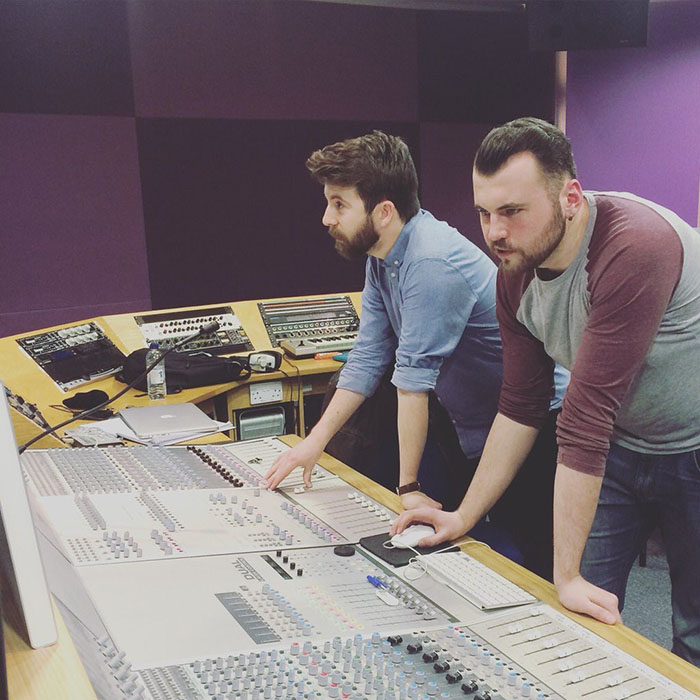 Working on the album were:

Jack, Igor and Jake also accompanied Tom on his tour.

Zach Pygall said: “Working on the Tom Williams project was incredible. The lecturers would always tell us stories about how volunteering could lead to bigger things. I didn't think it would happen like this though. They were long days of hard work but it was all worth it to hear something I recorded playing back to me through the car radio on my way home. Hopefully this becomes a regular occurrence!”

Igor Dall’Avanzi commented: “The time spent in the studio with Tom and the others was one of the best experiences I’ve had. The people, the vibe, the energy: everything was right, and we all wanted to do our best. The effort, the dedication and the hours spent in the studio are now something real, and it is really exciting that people will now listen to what we have made!”

Iona Chard said: “I applied for the workshop hoping to gain experience as a session musician and it soon developed into a project we were all passionate and excited about as a group. It was surreal to hear the songs develop from Tom singing with his guitar to a recorded full band in just a few hours and helped me understand how to make the best of a short space of studio time as a singer/songwriter.”

Declan Vink added: “What we created with Tom Williams over the course of the year is truly something unique and special and the friendships and memories made in the process even more so. Personally making this record was a life changer for me. I was studying Filmmaking at Leeds Beckett when I received the opportunity to record a few songs with Tom Williams. One thing led to another and we ended up making a full length record and the process had me so fascinated that I changed course to Music Production, which I'm currently studying now. I can't wait to see where this record goes; it's destined for great things.”

All Change received high praise in reviews when it was released earlier this year. The Telegraph featured a behind-the-scenes video, telling the story of the making of the album and including interviews with the students.

For more information about Tom Williams, please see Tom’s Facebook page. You can buy All Change on iTunes here.

The Tom Williams album I recorded has been voted #9 in the Top 10 Albums of The Year by BBC Radio 6!!! 😃 AMAZING https://t.co/F1XNIRioYB

At number 9, it's @tomwilliamsuk's All Change.

Tom says: "...The love and support from the presenters at 6 Music has always meant the world to me. I can’t tell you how happy this has made me and the band... Thank you so much BBC 6 Music.” pic.twitter.com/KY4sZd2Gx0