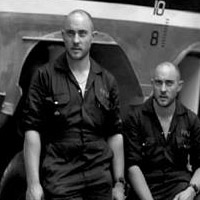 Lewis joined the Northern Film School in 2000. He led the development of the BA programme within the school alongside the established MA programme and teaches Experimental Film and Critical Practice within the BA and MA programmes.

His recent Doctoral research was completed in 2014 when he was awarded a Professional Doctorate in Fine Art from the University of East London. Lewis produces films, photographic work and sculptural objects that consider a broad historical relationship between class (working men), family and forms of representation. His work has been exhibited in the UK and internationally.

Lewis is interested in the ways we gather, reflect on, develop and tell stories, create narrative intersections and illusions and treasure material objects and their images as contributors to social and subjective memory. He has an active interest in the history of male clothing, costume as narrative, sartorial codes, conventions and social groupings. His skills encompass directing, editing and compositing, camera, sound recording, tailoring and sewing.

Prior to joining the Northern Film School, Lewis completed the influential Electronic Imaging Postgraduate Programme at Duncan of Jordanstone College of Art and Design, University of Dundee, and a BA (Hons) in Mixed Media Art at the University of Westminster. Lewis is also a qualified aeronautical engineer.

Selected examples of his exhibitions, commissions and symposiums include:

Lewis Paul’s Doctoral research was completed in 2014 with the conclusion of a Professional Doctorate in Fine Art at the University of East London. The practice based thesis was titled Story,Narrative,Material. This practice based research explores the interaction between story, narrative, material, and related concepts, and considers the position of lyrical discourse as an artist’s strategy in considering autobiographical identity as a reclaimed space, the boundaries of which are adoption and sexuality.

Conceptually, Lewis’ research is informed by a matrix of boundary points, for example: masculine identity and gender politics, (concepts that relate to the working man such as class, craft skill, visual identity, sartorial codes and conventions) and on an experiential level, genetic and learned behaviour as considered through the nature and nurture debates concerning adoption. Lewis is interested in the ways we gather, reflect, develop and tell stories, creative narrative intersections and illusions and treasure material objects as contributors to social and subjective memory.
Lewis’ research is situated in film and art based practice and is informed by historical notions of visual narrative, cinematic form and visual perception, relating to possible functions of synchronic and diachronic structures and their potential relationships to the study of representation, perception and concepts of pathos.