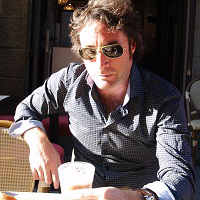 Originally from Gloucestershire, Owain is a political and cultural historian specialising in British relations with Italy. He held positions at Lancaster, Kingston, Worcester and Ulster Universities prior to his appointment as Senior Lecturer in European History at Leeds Beckett University.

Owain teaches extremely widely within the field of modern European (including British) history. He is the author of several journal articles and book chapters on British perspectives on and interactions with modern Italy, and is currently working on his first monograph: Great Britain and the Unifying of Italy: A Special Relationship? This work, together with a further three journal articles, are the output from a British Academy-funded research project. He is also writing a chapter on British diplomacy in eighteenth-century Italy, as well as a number of entries in the forthcoming Encyclopaedia of Diplomacy.

For the most part, Owain's research examines the interest taken by the British in the Unification of Italy during the 1850s and 1860s. This interest extends from the popular enthusiasm for the Italian national movement to the British government's efforts to draw the newly-unified Italian state into Britain's sphere of influence in the Mediterranean region. There are lessons to be learnt from the conduct of Britain's Italian policy during the nineteenth century which can have a beneficial influence upon the direction of British foreign policy during the twenty-first.