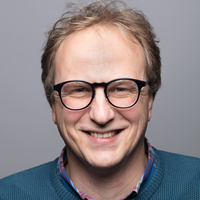 He is a founder and co-director of &model gallery in Leeds, which since 2013 has curated and exhibited emerging artists from the local region and more established artist from the UK, Berlin and the United States. http://www.andmodel.com/

Although his work has various concerns, two main themes predominate: the constraints imposed on our lives by data and coded systems, and the randomness of nature and chance. The former, characterised by the structures of capitalism, ownership, mechanisation and automation, is usually in conflict with the latter. In a post-industrial world driven by multinationals and global economics, our sense of individuality is lost in an array of brands and co-ercive allegiance to corporate identity and bureaucratic control in the workplace. Liberty is subtly eroded and we are locked into a system that we have little affiliation or agreement with, leaving no room for us to think and behave in a manner of own choosing. The ecological effects of this – the maximization of corporate profit at the expense of environmental damage – are familiar to all, but the day-to-day effects are more pernicious. As writers, such as Mark Fisher have contended, the cultural structure of capitalism is now viewed by many as a natural phenomenon to which there is no social alternative. Allied with our increasing disconnection from the ecosystem is the tendency for our experience of the world to be mediated through the screen, be it computer or television or the car window. We experience, or rather consume, nature through a secondary medium, forging a steady separation from our environmental. Our participation in global commerce – be it directly fiscal or through the more indirect self-commodifying arenas of social networks – distracts us from our physical detachment from nature, fostering a nonchalant attitude towards understanding our planet as a single organism.