The Quarantine Collective: A Virtual Music Festival 27-28 May

‘The Quarantine Collective: A Virtual Music Festival’ on Facebook Live on 27-28 May starting at 7pm each evening.

Dr Tenley Martin in collaboration with alumnus Ryan Huston, is hosting a music festival on Facebook Live (https://www.facebook.com/The-Quarantine-Collective-A-Leeds-Beckett-Music-Festival-108119990895796/) on 27-28 May starting at 7pm each evening.
The event will feature the final performance projects of final year BA Music Performance and Production students. Prior to the lockdown, students had been tasked with completing a live, public performance which they had to schedule for themselves. Most had secured venues around the city centre. Their alternative assignment brief has been to come up with a creative, public-facing performance-related product. For some who either were solo performers or lived with their band, this has taken the form of a livestream. For others, this has involved recording and compiling split screen music videos. For these videos, each part has to be recorded individually to a guide track and then pieced together in video editing software. A complicated task, especially as most of them had no previous video editing experience and all were working with whatever equipment they happened to have access to at home. The adversity has resulted in, nonetheless, exceptionally creative and gratifying final performances and required most learning new skills not originally part of the curriculum. Both the pre-recorded videos and livestreams will be on display during ‘The Quarantine Collective’. We hope that you can join us! 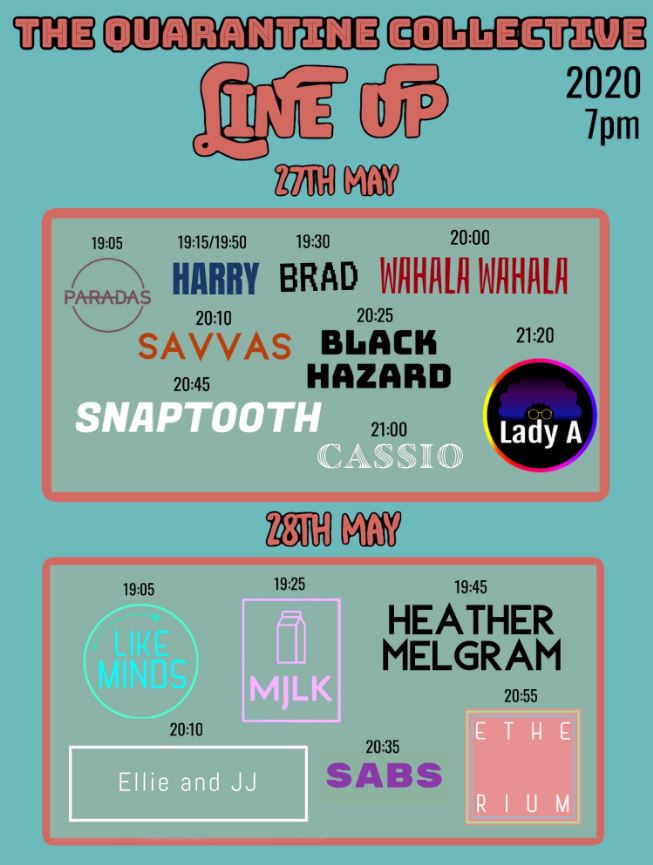