The films range from short narrative pieces and experimental, to animation and documentary, showcasing the next generation of talent at LBU.

The aim was to help encourage people to stay home and keep providing new cinema experiences to filmgoers while in isolation.

Now, the work of Northern Film School students takes centre stage with a different film being shown every day as part of “takeover week” which started on Sunday.

Films include the true and hilariously recapped story of a local Norfolk football who team travel to Moscow through Europe in a beaten down old bus to play football in 1985 (pictured above) called Stuck in USSR, and a ‘Day in the Life’ of the oldest sweet shop in the world in Liquorice (pictured below).

It comes after the Northern Film School was announced as the official education partner of the 2020 Harrogate Film Festival which took place in March.

“Of course, we are close to these emerging filmmakers, and our hope is always that their talent will be recognised by a wider audience.  The Northern Film School's week-long takeover of the Harrogate Film Festival’s #StayAtHomeShorts is the perfect chance for online audiences to do just that.

“This screening slate shows the breadth and depth of their talents, including recent drama, documentary and animation work, from first year undergraduates to postgraduate Masters, there's something here to suit all tastes.”

The Harrogate Film Festival has been releasing films via its Facebook page, YouTube channel and website. Films will then be available to view for seven days after publishing.

"#StayAtHomeShorts has exceeded our expectations with over 10,000 people watching short films in just the first seven days of the initiative.

“Now seven weeks in, we're proud to be able to showcase some of the talented students of our education partner, The Northern Film School, in a special takeover week where we're releasing dramas, animations, documentaries and experimental films each day, all created by the film school, as part of #StayAtHomeShorts." 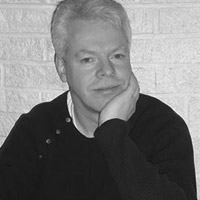