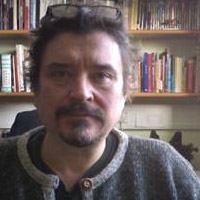 As a writer/director Dan has written a number of commissioned and spec screenplays for Stephen Frears, Amblin Pictures, Channel Four Films, Working Title and Academy Awards winner Chris Menges; and has made a short film or two, including Maisie’s Catch for Channel Four and the Arts Council.

Currently Dan is writing At Sunset a WW1 fantasy feature for Amerique Film in Montreal, and is exploring a radical, new platform for telling stories; he is editing a documentary poem All About Everything: The State of Things in Five Uneasy Chapters and is about to re-release his first film My Macondo on DVD.