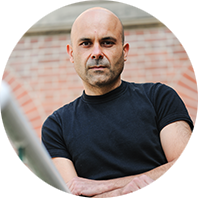 Michalis's research and teaching experience cover the areas of citizenship and intercultural education, inclusive education and special educational needs. The aspect of schooling that Michalis is particularly interested in is the interaction between students and teachers and its role in young people's self-concept and socialisation.

Michalis has a diverse teaching experience background. He has worked in primary schools, Pupil Referral Units, special, grammar, comprehensive and preparatory schools in Greece, USA and the UK. He has taught a variety of subjects including Psychology and Classics to secondary and A-level students.

Michalis's current research includes a study of the interaction between teachers and students with special educational needs in England and Germany and an international project (England and Hong Kong) investigating students' sleep patterns and its relation to academic achievement.