The 7 April marked the 250th anniversary of William Wordsworth’s birth, the great poet of the Romantic tradition, beginning yearlong celebrations of his life and work. Keith Rowntree investigates a surprising connection with our University’s past. 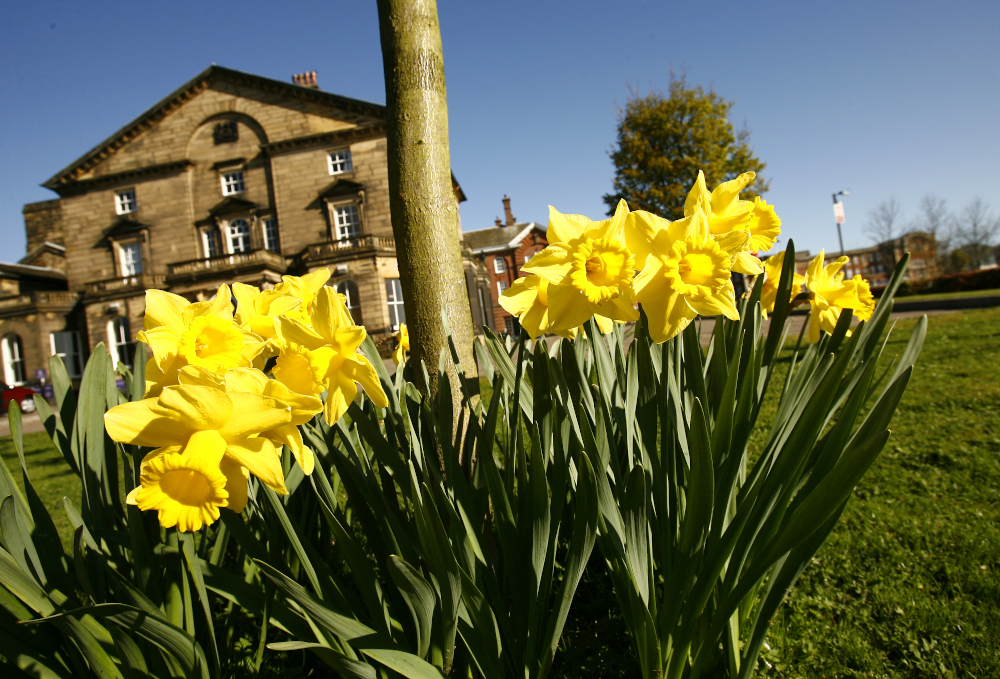 The Grange and 'A host, of golden daffodils'

Our Headingley Campus has a long history and includes a fascinating relationship between the Wordsworths and The Grange, the oldest building on our campus. Up until the early nineteenth century this building was known as New Grange, and it was owned and by the Wade family. Due to financial and life cycle consequences, the Wades vacated their family home and estate. From around the mid-1790s, the Wade family trust decided to let the mansion, outbuildings, gardens and estate. In 1805 John Marshall, the successful linen manufacturer and mill owner, took up residence, the most famous tenant of New Grange.

In 1795 Marshall married Jane Pollard the daughter of a wealthy Halifax wool-stapler and linen merchant, and she was a lifelong friend of Dorothy Wordsworth, William’s devoted sister. The two girls met as schoolchildren in Halifax, Dorothy directed to live with her aunt in Yorkshire on the death of her mother. Dorothy’s surviving letters to Jane document their deep friendship. Dorothy was no mere shadow of her more famous brother; her letters and journals are now studied in their own right, demonstrating the growing interest in women’s contributions to literature.

William and Dorothy were appreciative of John Marshall’s insights into the landscape, progressive farming and horticulture, interests he developed while living at New Grange. During his tenancy Marshall spent time improving the grounds, buying sheep and going as far as renting additional farmland from the neighbouring landowner the Earl of Cardigan. The Wordsworths passed on Marshall’s thoughts to their friends and neighbours around the Lakes including Lord Lonsdale, an influential Cumbrian property-owner. Frequent visits between Yorkshire and Cumberland fostered in the Marshalls a growing interest in buying property somewhere in the Lakes. By dint of their politics, manners and religion the Marshalls despite their wealth and influence remained outsiders in the closed conservative upper circles of Leeds. Lakes society offered respite and acceptance. By 1815 Marshall had built Hallsteads on the banks of Ullswater, establishing his family as patrons, politicians and landowners in the area. Marshall was ambivalent about New Grange; it had served its purpose of establishing his family’s social credentials and fostered his growing interest in horticulture and farming. In 1829, when one of his sons asked for advice when considering the purchase of the estate, Marshall baulked at the prospect stating in a letter ‘I do not feel any wish for New Grange’. His energies and passion were in the Lakes neighbouring the Wordsworths and their ilk. The choice of Ullswater as a new home stemmed, in no small part, from Jane Marshall’s lifelong relationship with her friend Dorothy Wordsworth.