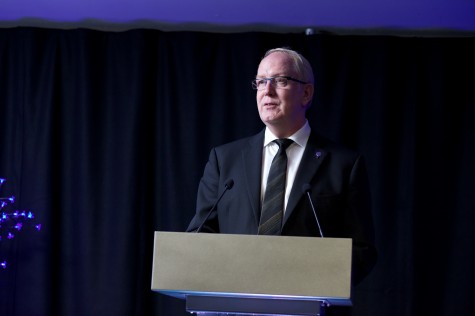 It is a truth universally acknowledged, that the Eurovision winner one year spawns a slew of copycats the next. So it is that the BBC has chosen unknown Molly Smitten-Downes to write and sing, in an attempt to bring the Contest crown back to the UK with a song that gives more than a nod to Emmelie de Forest's "Only Teardrops" from Denmark last year.

Yet imitation is a sincere form of flattery, and the Danes should be very flattered indeed: Molly has penned a contemporary anthemic tune, a memorable chanting chorus, and a rhythm to get all arms aloft in the arena in Copenhagen. We tend to remember our poor showings of late: Bonnie's 19th place in Malmö; Engelbert's 25th in 2012; and our only "nul points" in 2003. But we've a proud heritage of five wins and a record 15 times in the 2nd slot. As recently as 2011 Blue achieved 11th; and Lloyd Webber hit 5th for le Royaume-Uni in 2009.

And so with last night's launch of Molly and her song, this year's Euro-land promotion begins, and we await Grand Final night on May 10th.  2014 promises to be a controversial Contest, with the Ukrainian and Russian entries no doubt at odds.  Perhaps UK really can inspire half a million viewers to believe that we are all "Children of the Universe".

Andrew Disbury is a lifelong fan of the Eurovision Song Contest, and has so far attended Istanbul, Athens, Oslo and Malmö.
Share