Professor Wagg recently hosted his inaugural lecture as Professor of Sport and Society at Leeds Metropolitan University, where he examined the role of modern day football managers and how they serve as all-purpose celebrities. 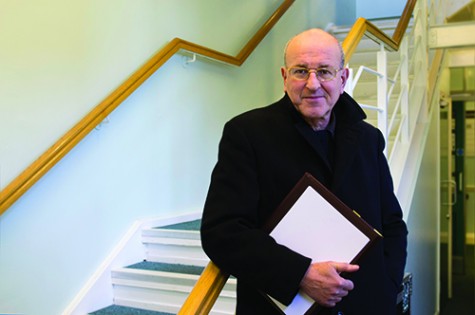 It’s been a routine few days in the bedlam that is the contemporary football-media nexus. On Saturday, contrary to universal expectation, the massively remunerated Chelsea players, lying second in the Premiership table, lost at home to bottom club Sunderland. The Chelsea team manager, Jose Mourinho, responded with a display of unparodiable gracelessness, sarcastically and without explanation congratulating not only the match referee but the head of the Professional Game Match Officials Board, apparently for causing this setback. There was some vestigial press condemnation of this absurd petulance, but mainly – as, for instance, in BBC1’s Sunday lunchtime post-mortem programme – there was yet more praise for the ‘impression management’ skills of the self-designated ‘Special One’. He was congratulated for deflecting responsibility for the defeat from his players and himself and for thereby filling football reporters’ notebooks: ‘After all’, said one, ‘he’s got us all talking about his statement’.

The following day, news outlets were reporting that Manchester United manager David Moyes was about to leave his post. According to sport writer Jim White, speaking to Channel Four News, United had engaged in a bizarre and distinctly unpleasant media dance, briefing the press that Moyes was about to be dismissed and then refusing to comment on ‘speculation’ that this was to happen. By the following morning a press contingent had gathered under their umbrellas outside United’s training ground – a mark, surely, of how disproportionate the importance we now, as a society, attach to football managers.

White suggested that, with the club lying seventh in the table, Moyes was going because he had lost the backing of United’s more fickle followers. This is unlikely, I think. United’s global fan base is probably more loyal than that of any other football club on earth. But the club are now out of the Champions League and will not have their accustomed midweek place on the television screens of millions of homes across the world – a big disappointment to owners, sponsors, advertisers and agents thinking of bringing their expensive clients to Old Trafford. Besides this, David Moyes, a modest and undemonstrative man, wasn’t very good copy – although that was the least of his problems.

There is an irony common to these two incidents. Chelsea losing at home to the bottom club and Manchester United drifting down the table gave brief ammunition to those who suggest, mistakenly, that the Premier League is an open competition, in which ‘anyone can beat anyone’. It isn’t. Like most national leagues, it is competitive failure, but a (massive) commercial success. The big financial battalions (and global brands) are always there at the top of the tree and any blip in their progress will mean abuse for innocent third parties (such as referees) and managers being asked to clear their desks. It’s likely that United, compared to their near rivals, were under-capitalised – it’s known that the owners use the club to service their debts and that a huge ‘war chest’ is now, belatedly, available to sign fresh players. But these structural factors are of only passing interest to most commentators. So yet another manager departs into the sunset and bookmakers and fans with the back of an envelope handy begin to draw up lists of possible successors.
Share

Stephen Wagg is a former lecturer on the history and politics of sport and on the mass media at Leeds Beckett.