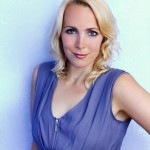 In this blog post Dr Katy Shaw, Head of English Leeds Beckett University, looks back at the 1984-5 miners' strike and the impact it had on the United Kingdom.

The 1984-5 UK miners’ strike was a defining moment in the history of the United Kingdom, one that not only illuminates the country’s near-history, but functions as a prism through which to understand the social, political and economic challenges of the twenty-first century.

The 1984-5 miner’s strike was the defining industrial conflict of the post-war years in the UK. It began as a dual battle of revenge and replication as both factions, fuelled by memories of their 1972/4 struggles, sought to rectify or revive past results. The ascension to power of the Left in the NUM signalled by the election of National Union of Miners (NUM) President Arthur Scargill in 1982 changed the rules of the game on the union side. Their new leader attempted to centralise power, encourage industrial confrontation and teach his members to view the NCB as the agent of a malicious government. The arrival of Ian MacGregor at the National Coal Board (NCB) impacted on the government’s engagement in the dispute, signalling an immediate intention to strengthen the hand of management against the power of the unions.  Social and political changes during the 1980s - including high unemployment, anti-trade union legislation, tight Right-wing control of the press, cold war hysteria, the political mobilisation of the police and the Labour party’s drift to the Right - gave the stark warning that economic Thatcherism was here to stay and would not brook resistance.

Significantly, although the actions of the NCB and the government would suggest they were prepared for a sustained conflict, there is no evidence that the 1984-5 strike was ‘fixed'. This was because the miners presented a challenge to the government that was as much political as economic. The NUM was militant enough, politically aware enough and powerful enough to support its President’s direct rhetoric with direct action. This determination and belief in the right and need to struggle, in both a union leader and the majority of his members, was admirable but nevertheless powerless to prevent the decline of the British coal industry. At the end of the year-long conflict, the core issue – that of the Conservative’s ‘right to manage’ its pits and people in whatever way, and for whatever purpose, they saw fit – had been settled unequivocally in the government’s favour.

Despite promises of reduction rather than extinction, the 1984-5 miners’ strike was the beginning of the end for British coal. As remaining mines continued to close, national demand for fuel was increasingly met by foreign miners in distant coalfields. The year 2000 saw a familiar irony actualised, as the Port of Tyne authority began importing coal to Newcastle. Even Margaret Thatcher was finally forced to concede that the post-strike review procedure did not save a single coal mine.

In the years that followed, Margaret Thatcher acknowledged that “the coal strike was always about far more than uneconomic pits. It was a political strike”. In her resignation speech, she claimed that one of her greatest achievements in office had been defeating the strikers. Bestowing a political weight to the conflict initially denied in action, the Prime Minister foregrounded the benefit of hindsight, the power of time and the significance of reviewing historical record. Revisiting the past and rethinking our approach to historical events can, she suggested, enlighten us in the present. As Labour MP Jeremy Corbyn reflects, “if only the coverage now given to personal accounts of the strike and its hardships had been allowed… in 1984-5. People… seem to think that history is safe—it’s only the present that’s not”.

Since the turn of the millennium, the Thatcher years have become a particularly popular period to reappraise as a result of the global credit crunch. The economic downturn that defined the first decade of the new millennium was relayed by a Western media eager to mobilise the boom and bust, recession and unemployment discourses of the 1970s and 80s, making the politics of the recent past a more immediate, relatable and felt presence. For a generation born in the ‘Cool Britannia’ of 1990s New Labour, 2015 marks a timely moment at which to analyse the Conservative legacy that bore the political conditions of the present day, to re-examine decades of unrest, division and disquiet both at home and abroad.

With a total population of around five million, of which 3.75 million are in England, former coalfield sites constitute both a significant portion of the UK and a continuing source of tension for its government. For those involved, regeneration does not involve ‘moving on seamlessly’ or forgetting the past. Instead, any successful attempt to regenerate must position memory as crucial to advancement, re-establishing the identity of communities in the absence of any physical reminders of their past, and any programme that seeks to address these issues must first acknowledge the existence of a large population in transition, a population that has multi-generational experiences of industrial life and spaces.

Thirty years on, the strike remains a profound focus of cultural, social and political interest because its legacies are as much about the future of the UK as its past. From cultures of worklessness and social damage, to the role of regional development agencies and community initiatives, the 1984-5 UK miners’ strike was instrumental in establishing a range of discourses that came to define the subsequent decades. As the most divisive dispute in our recent history, the 1984-5 miners’ strike remains a spectre that continues to haunt our contemporary world. Just under the surface of recent events, the legacies of 1984-5 are with us still.