by Mark Gamsu and Judy White

In a recent opinion piece published in the Health Service Journal (HSJ), Judy White and Mark Gamsu presented their thoughts around moving patient and public involvement in healthcare services from the margins to the mainstream.

A time when the NHS is facing a major funding shortfall might not at first seem the best moment to argue for much more joined up patient and public involvement but financial pressures call for new and different ways of doing things. This means working not just with patients and carers but with local communities and the wider public as well.

In our work with the NHS we have found lots of examples of good practice but very little in the way of joined up thinking, planning and action on PPI. The NHS engages with the public in many different ways which can be summarised as:

A lack of joined up thinking also means that members of the public who are engaged in one strand of PPI are unaware of other ways of getting involved, making it harder to move between different roles. This can perpetuate the “usual suspects” being involved in the more high level governance roles.

People who start out as volunteers might be willing to move on to something else once they have built their confidence and feel they have a stake in the organisation, but are not encouraged to do so.

This is particularly true of people from disadvantaged sections of the population who are likely to be underrepresented in governance roles. NHS organisations need to ask themselves whether moving between roles is made easy for people.

Part of the problem is that NHS organisations too often leave public engagement to a small number of comparatively junior specialist staff rather than considering how engagement skills can be built into mainstream management.

The governing bodies of NHS organisations can help address these issues by commissioning a systematic discussion which considers:

Judy and Mark form part of Leeds Beckett University's Health Together team. You can follow Mark on twitter at @markgamsu. 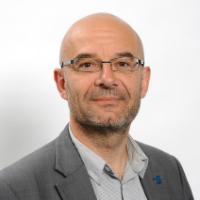 Mark is a Professor with an interest in local democracy and health inequalities he works in the field of local health systems, the voluntary sector and active citizenship.

Judy is a former member of the Health Together team at Leeds Beckett.