Physical inactivity in adults: is it time to move away from shock tactics?

Public Health England has today released a new report on inactivity levels in 40 to 60 year olds. In this blog post, Stephen Zwolinsky and Professor Jim McKenna ask whether using shock tactics is effective in helping people to change their activity levels? Public Health England’s latest release on inactivity levels in 40-60 year olds are certainly eye-catching. They reaffirm that while achieving the physical activity guidelines can help to prevent and manage many chronic health conditions, huge numbers of adults in England remain stubbornly inactive. Worse, setting these figures against a backdrop of decades of creating physical activity policies and guidelines, not to mention investments into community programmes, suggests remarkable collective ineffectiveness.

Given that the figures are released as a ‘shock-horror’ story, we wonder which mechanisms of change PHE are trying to leverage. How, for example, would telling any inactive person that they are inactive, help them to change? Perhaps the hope is that this pronouncement will motivate and activate the necessary levers of influence to galvanise walking to the shops or round the local park? In our experience of working in communities where inactivity is widespread, such shock-horror tactics rarely work. Instead, they provoke deep, negative personal self-assessments. The resulting ‘frame of mind’ hardens individuals from engaging in further initiatives, making it doubly damaging. That's in no-one's interest.

Yet, we have seen effective ways of working. Inactive people often become more active when the activity promotes (i) social safety, (ii) physical safety, (iii) enjoyment and (iv) personal progress. While the first two elements are important for initiating activity, the last two are more important for continuing to participate. Ensuring that people have the requisite motivation and ability to undertake what we are asking them to do is paramount. Instead of trying to shock people about their current behavioural shortcomings, let’s keep working on the powerful approaches that help, rather than hinder, them.

Stephen is a former research officer at Leeds Beckett. 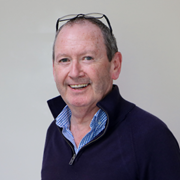