Working in the international field of theatre and performance training regularly requires participants, when sharing their respective vocal and physical techniques and practices, to work in close proximity, more often than not in a black box theatre studio, sometimes for extended periods of time, often communicating non-verbally and always exchanging learning and skills through collaboration, trust and a belief that the new knowledges are emergent and contingent upon each person fully committing to the process.

The first leg of the EU funded ATIPIA project, (Applied Theatre in Practising Integrated Approaches) was no different. Gathered together at the renowned Hungarian ‘Kava Theatre in Education’ headquarters, on the Pest side of the Danube, representatives from the five European partner organisations, held their first week long staff training event, which lay the groundwork for the project’s development over the next 11 months.

Vocal trainers from the International Roy Hart Theatre, one of the longest established partners, began the week by bringing the extended group together to sing, to move and to introduce the voice work they would be leading at their base in Malerargues France in March. The two voice artists from Reichenow e. V, completed the first day of training by leading us through some exercises in deep listening and guttural utterance, and the lead partners Shoshin from Cluj Romania led a workshop based on finding play and creating short scenes through observation of personal gesture and the use of props. Representing Performing Arts at Leeds Beckett, I led participants through a gentle somatic informed movement workshop, offering an introduction to the Feldenkrais Method, and a meditation on connecting personal memories with live writing, which will form the basis of our teaching contribution to the project during a week-long training in Leeds in June.

The final 3-days comprised a series of opportunities to work with the actor pedagogues from Kava theatre and learn about their methodology around art, activism and agency for working with young people  in schools, colleges and community contexts. We had the opportunity to see two separate forum theatre works in action, presented to secondary school year 10 students and primary school children in the equivalent to UK year 3. The work I saw was truly transformational and as the young people began to make suggestions as to how the scenarios could be different, or stood up and changed the direction of the action, I was reminded about all the work that the founder of Forum Theatre, Augusto Boal, had created and his reminder that …‘It is not the place of theatre to show the correct path, but only to offer the means by which all possible paths may be examined.’

So as we concluded the first staff training in Budapest, with some shared reflections on the work we had co-created, taken part in and led, we recognised that the shared experience we were engaged in was potentially richer, bigger and more impactful than any of us might have realised when we began our conversations over a year ago. Ever mindful of the spectre of BREXIT haunting Europe, we agreed to continue, at all costs to include the UK in the discussions around new collaborations and joint applications, as our micro European Union looked forward to the new reunion in France in March 2019.
Learn more about the School of Film, Music & Performing Arts. 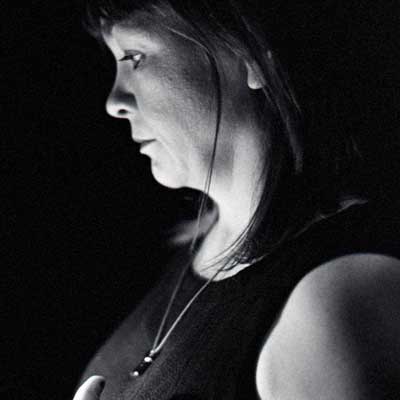 Teresa is a theatre practitioner, a writer, a teacher, a researcher, and a qualified Feldenkrais Practitioner. Her ethos is to create environments in which people can learn through movement and awareness, to develop their innate potential and become happier and healthier as a result. View Profile