The Leeds School of Arts had the pleasure to host internationally renowned architect Michael Wilford on 20 February 2019 when he delivered his lecture on ‘Composition and Character in Architecture’. 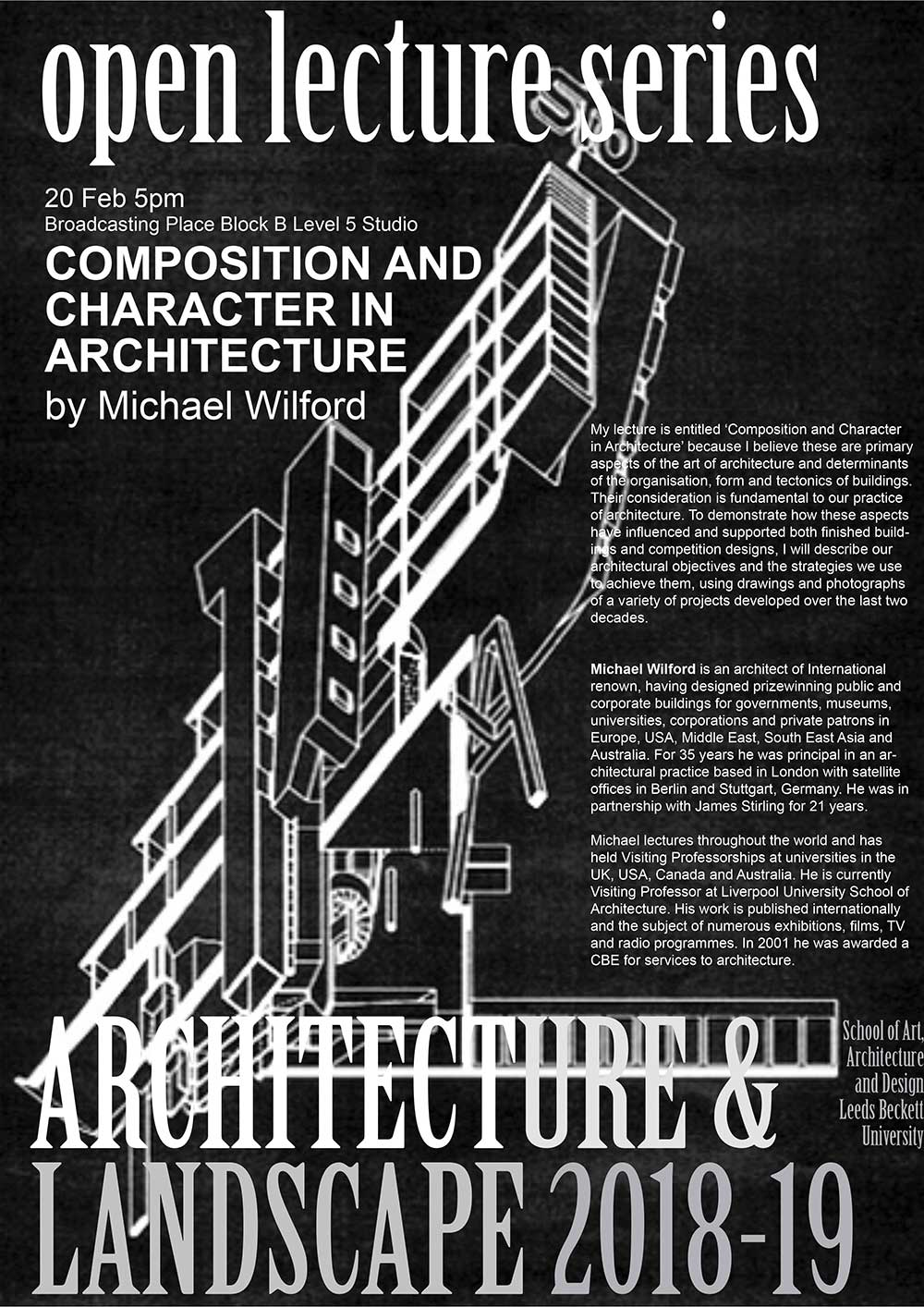 Michael Wilford is an architect of international renown, having designed prizewinning public and corporate buildings for governments, museums, universities, corporations and private patrons in Europe, USA, Middle East, South East Asia and Australia. For 35 years he was principal in an architectural practice based in London with satellite offices in Berlin and Stuttgart, Germany. He was in partnership with James Stirling for 21 years.

Michael lectures throughout the world and has held Visiting Professorships at universities in the UK, USA, Canada and Australia. He is currently Visiting Professor at Liverpool University School of Architecture. His work is published internationally and the subject of numerous exhibitions, films, TV and radio programmes. In 2001 he was awarded a CBE for services to architecture. 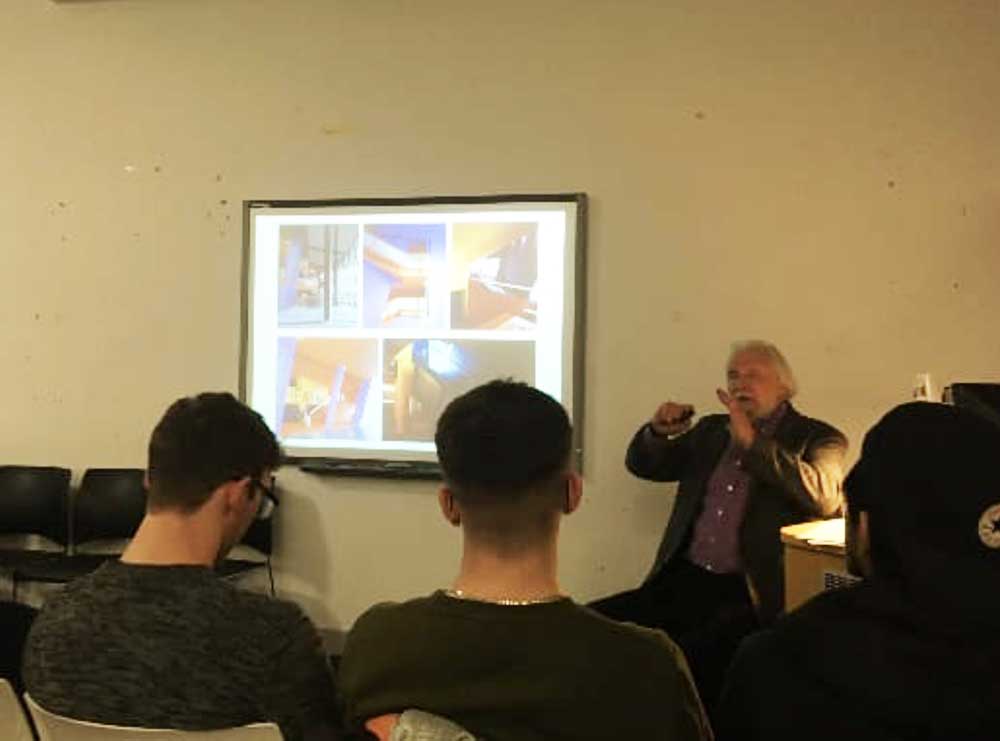 The lecture, entitled ‘Composition and Character in Architecture’, focused on the primary aspects of the art of architecture and determinants of the organisation, form and tectonics of buildings. To demonstrate how these aspects have influenced and supported both finished buildings and competition designs, Michael Wilford described his architectural objectives and the strategies he used to achieve them, using drawings and photographs of a variety of projects developed over the last two decades.

This event was part of our Architecture Open Lecture Series.

Carla Molinari is Senior Lecturer in Architecture. She lectures in architectural history and theory and collaborates in design studio.