Leeds School of Architecture postgraduate students from CITYzen D design studio were invited to Philadelphia to pick up their award for winning the Philadelphia Challenge 2019. 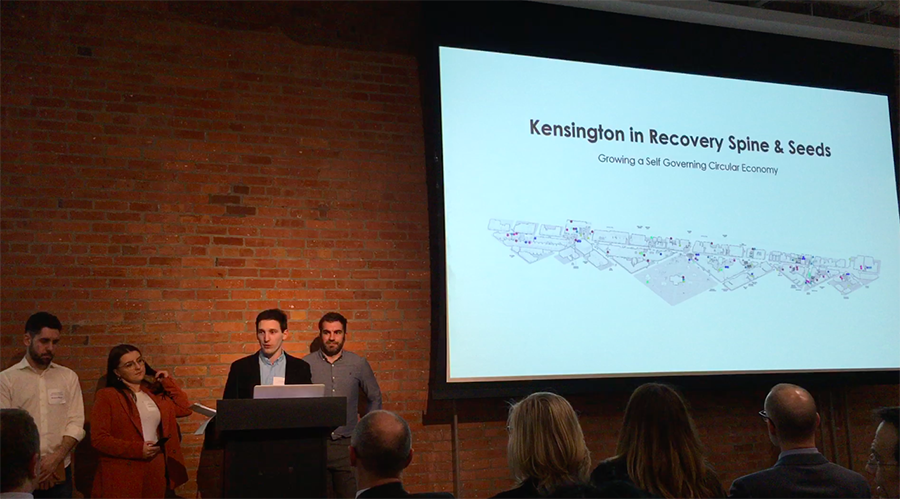 Jade Moore, Michele Prendini, Graham Davey and Joe Earley presented their winning submission “Kensington in Recovery – Spine and Seeds” on 19 February at The Centre for Architecture and Design in Philadelphia. The presentation was warmly received by judges, remarking on how the students’ work demonstrated impressive understanding of place, social and economic issues. Around 200 guests listened to the four postgraduate architecture students describe their inventive strategy for the regeneration of Kensington, a neighbourhood hit particularly hard by the opioid epidemic.

Students discussed with organisers and community advocates how their competition ideas can influence ongoing initiatives in the area. At the same event, Jennifer Keesmaat, the former Chief Planner of Toronto was honoured with the Edmund N. Bacon Memorial Award. During her presentation Jennifer argued that ‘mobilising the next generation’ was imperative. 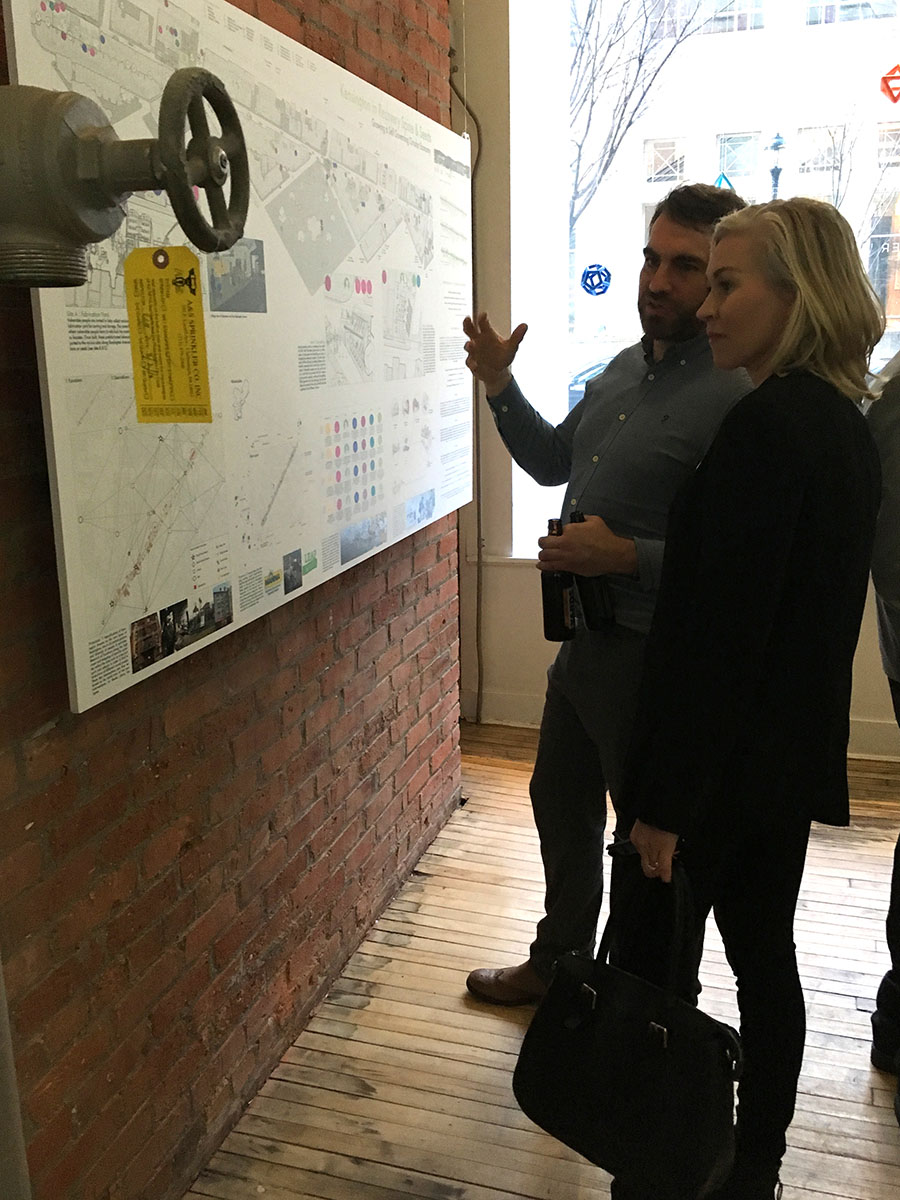 Second and third places were awarded to students from University of Texas at Arlington and Illinois Institute of Technology respectively. 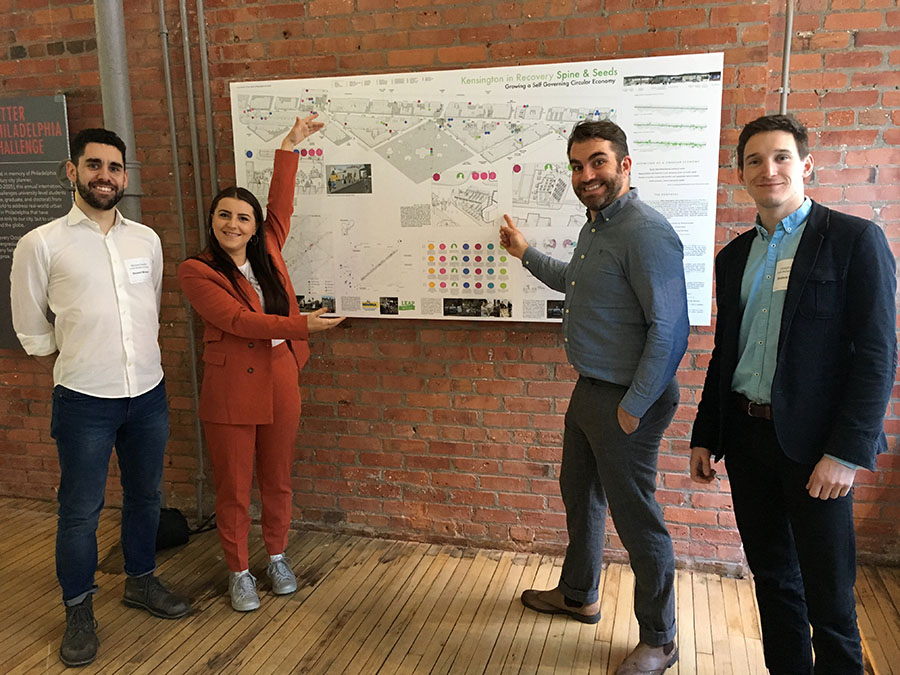 Michele, Jade, Graham and Joe and their project

Students visited the Kensington neighbourhood, Graham Davey remarked, “spending time in Kensington and subsequently other areas of Philadelphia really forced home the scale of the wealth divide in the USA. It also endorsed what an appropriate fit our project was for the neighbourhood.” 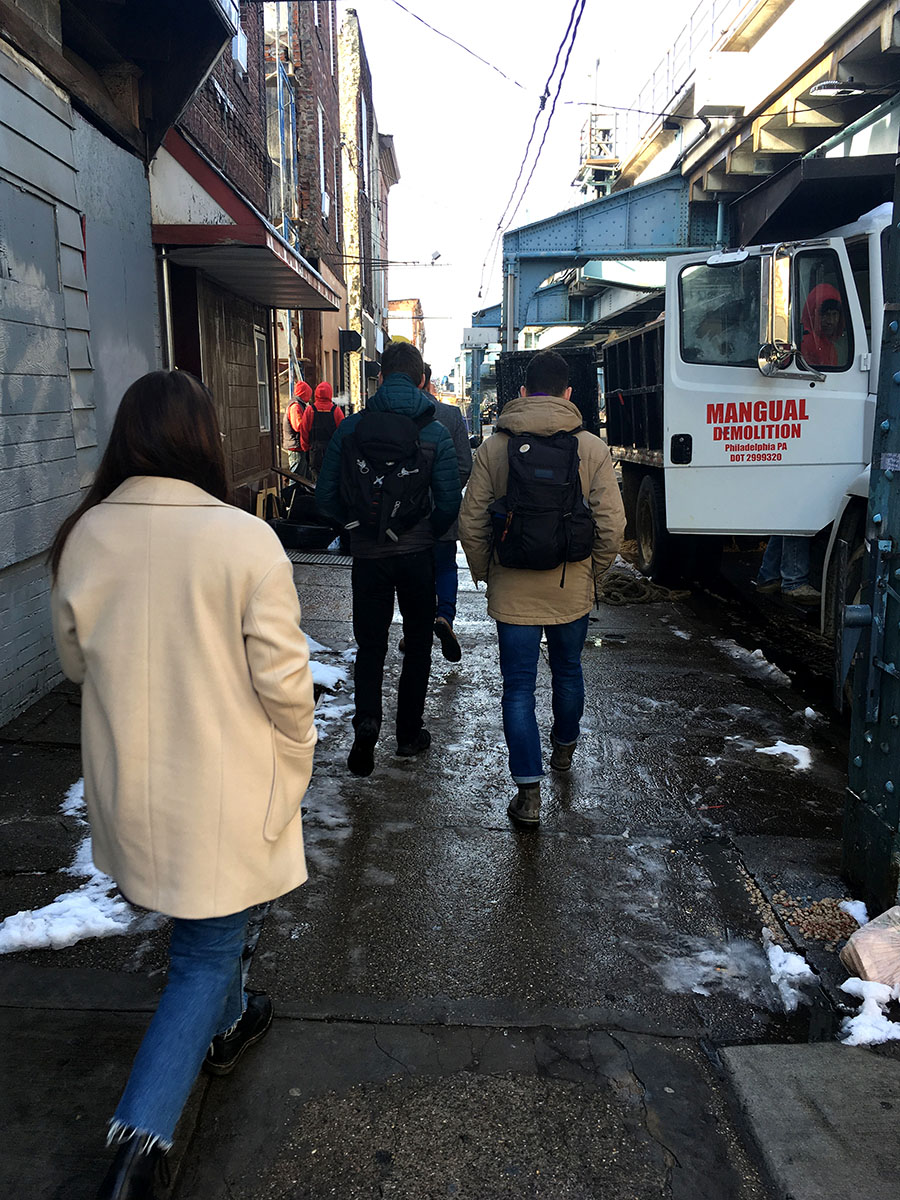 About the Better Philadelphia competition

"Founded in 2006 in memory of Philadelphia’s iconic 20th century city planner, Ed Bacon [1910-2005]. This annual international competition with a $5,000 first prize challenges university-level students (undergraduate, graduate, and doctoral) from around the world to address real-world urban design issues in Philadelphia that have application not only to our city, but to urban centers around the globe."

Simon Warren is a Senior Lecturer in Architecture and Course Leader for the Master of Architecture. He joined our University in 2009. Prior to this he was a Director at Bauman Lyons Architects in Leeds.