What an incredible evening at the RTS Yorkshire Student Awards which was held at Leeds College of Music. The Northern Film School won two out of the five main categories including the coveted Best Drama Award and also Best Short Form. Our third prize of the evening was awarded to Tobias Gavelle, one of our talented screenwriting alumni who is also a formidable sound designer who won an individual craft award for Best Sound Design for Animation. 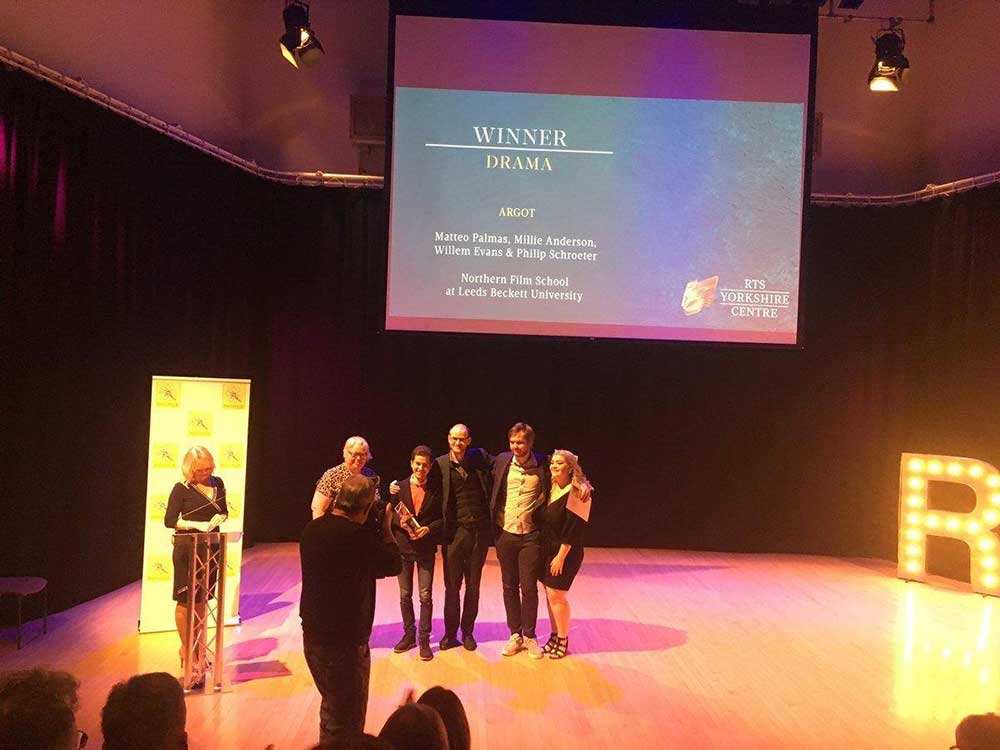 “A young man flies to a nameless city to try get back his-long lost father. However, in a world without language barriers, speaking one’s feelings is harder than it seems.”

The Judges commented that this was an extremely mature piece of work with a great emotional central premise.

“Through visual storytelling and sensitive dramatisation avoiding sensationalism, this film tells the devastating story of an act of violence on a child.”

The Judges commented that this was a very clever and deeply affecting film.

Toby constructed the sound design for NFS graduation animation Tulip and Janis for which he also wrote the script. His use of textural sound to underscore this affecting love story shows an innate understanding of story and narrative sound as well as how to work with an animation as a form. His light touch really brings the film to life.

The RTS will now enter both Argotand Footfalls into the RTS Student National Awards which will be held at BAFTA in London later this year.

Congratulations to all our amazing students, alumni and staff!