The Leeds Beckett scholars were joined by fellow Statham researcher Dr Renee Middlemost from the University of Wollongong to present a preview of the work they have conducted on the star for the publication to an engaged audience, which was followed by an in-depth discussion. Crank it up: Jason Statham – Star!, edited by Dr Steven Gerrard and Prof Robert Shail of Leeds Beckett University, is being published by Manchester University Press in September 2019, and contains a chapter from Spy (2015) director Paul Feig. 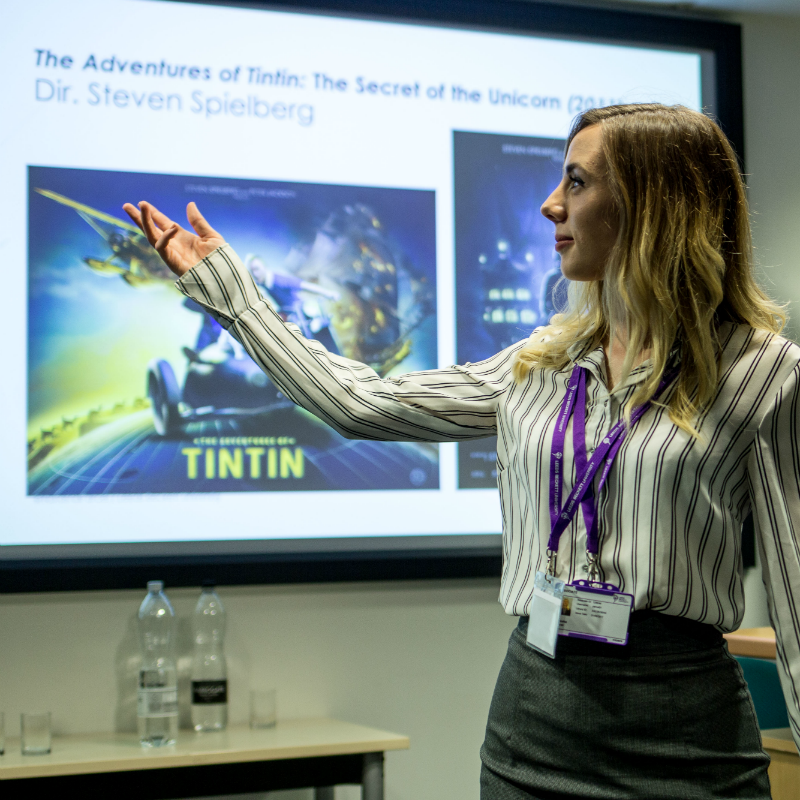 Natasha Parcei is the recipient of the first fully funded PhD Research Studentship at the Northern Film School awarded by Leeds Beckett University. Natasha has previously completed both her Bachelor’s and Master’s degrees in the discipline of English Literature at the University of Huddersfield. Her current research investigates the representation of older women in recent British Cinema. This inter-disciplinary project combines the academic fields of critical film theory, cultural studies, and social gerontology to enable a study which acknowledges the numerous different aspects of such a topic. This will create an authoritative account of the images of this demographic appearing on our cinema screens. Alongside her doctoral studies she teaches undergraduate film theory at The Northern Film School, and is involved in the organisation of a number of academic conferences.