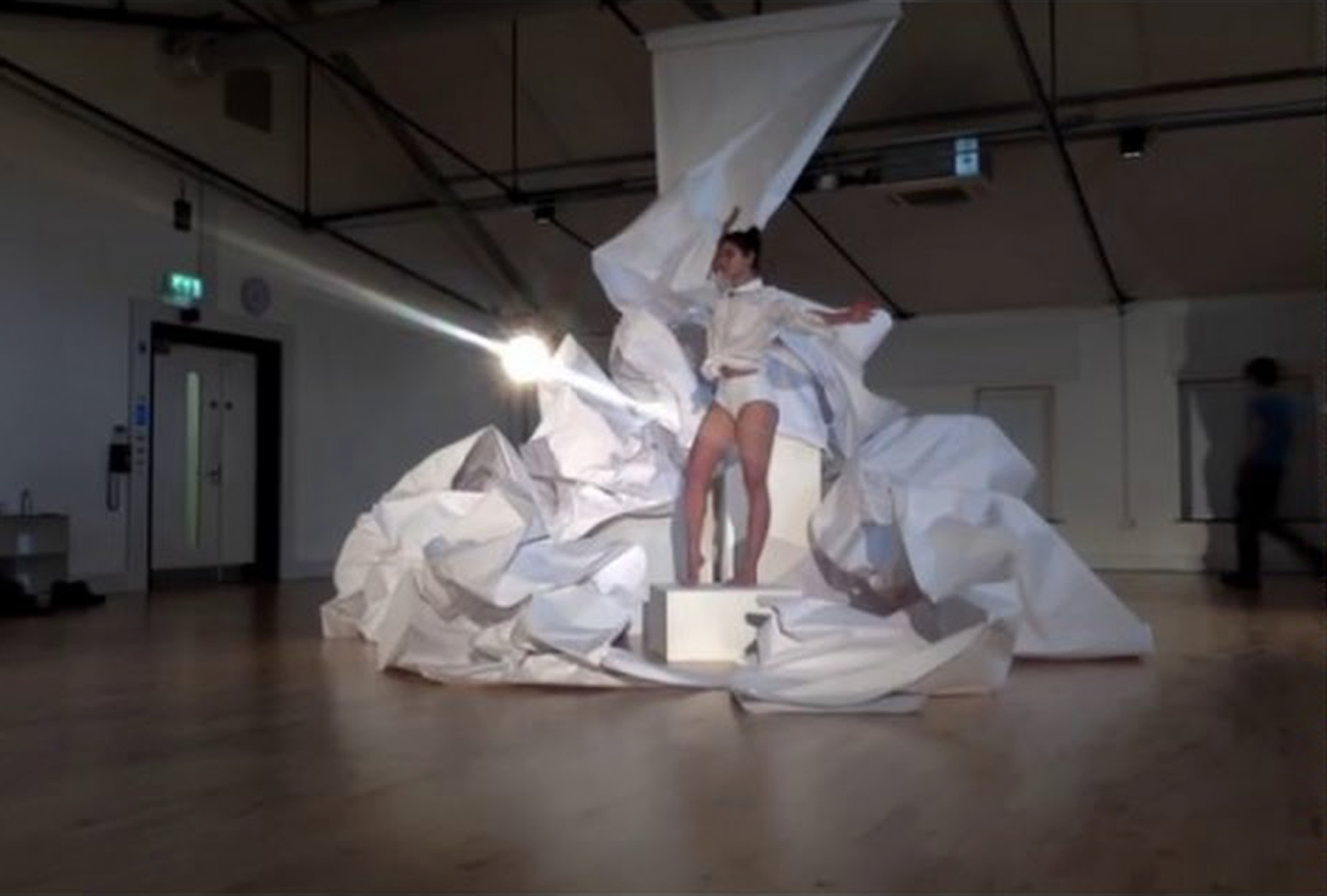 Leeds Beckett and Professor Noel Witts have been partners of the festival for many years and this year brought "Page 127", a creation by Maria Popova of Performing Arts. This performance/installation runs for 45 minutes in which the performer interacts with suspended sheets of paper and a hypnotic score based on the sound created. It played at the start of the Sibiu Festival and was given a review in the festival magazine which talked of “ a true installation of movement......the body's movements become daring  in a slow process". Maria will go on to collaborate with a Romanian artist and continue her contacts made at this extraordinary festival, which consists of 540 events played in 73 different venues - the street, churches, theatre spaces, found ex-industrial spaces, and on one occasion a tramcar. Sibiu was joint European Capital of Culture in 2007, and hosted the EU Summit on Europe Day in 2019.