Alan Simson’s research practice in the world of Urban Forestry. 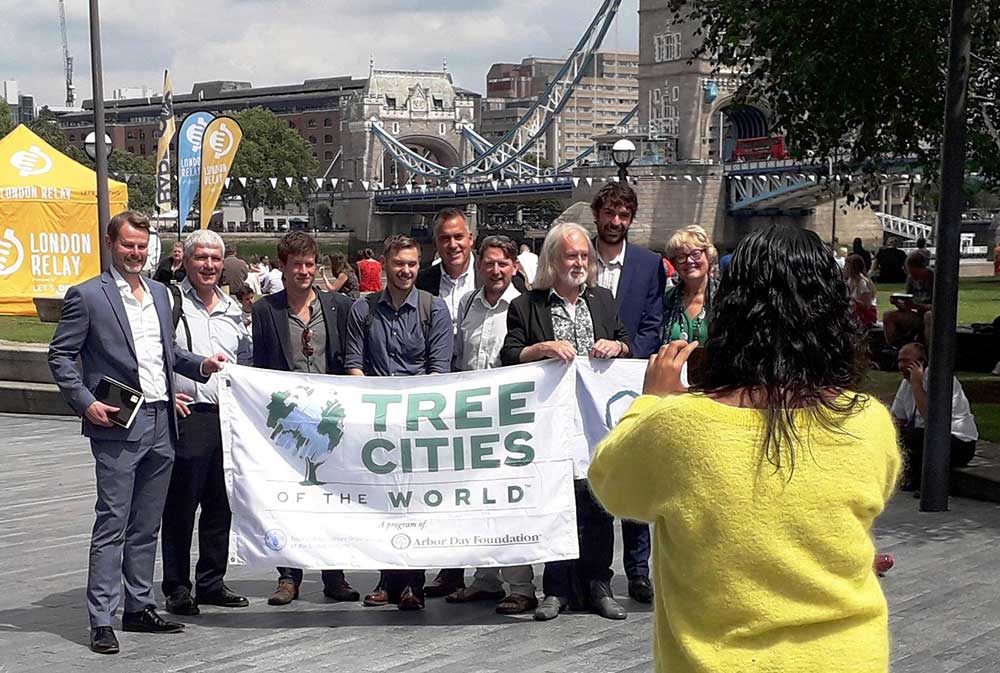 At the Forum of Urban Forestry in Mantova in November 2018, Alan Simson, as part of the UN’s FAO team  discussed setting up the ‘Tree Cities of the World project ‘. It was agreed that this would be set up in  conjunction with the Arbor Day Foundation from the USA, and the UK Tree Cities of the World Task Force was set up in City Hall on 10 July 2019 in London. At present Leeds Beckett University has been the only University so far to be invited to be a member. Alan was introduced to Sadiq Khan the Mayor, who discussed about the launch of London Urban National Park, later in July, their Urban Forest Strategy and the fact that London will be the first UK Tree City of the World.

The Tree Cities of the World programme is an international effort to recognise cities and towns committed to ensuring that their urban forests and trees are properly maintained, sustainably managed and duly celebrated. Cities joining opting to deliver this vision have substantial benefits. They build stronger ties to their communities, improve community pride, educate people living in your city about the value of trees and the importance of sustainable management. Tree reduce costs of energy, stormwater, management and erosion control. Alongside the visual and well being aspects of  living around trees they also increase economical value to an area.

It’s great that LBU is on the Task Force!