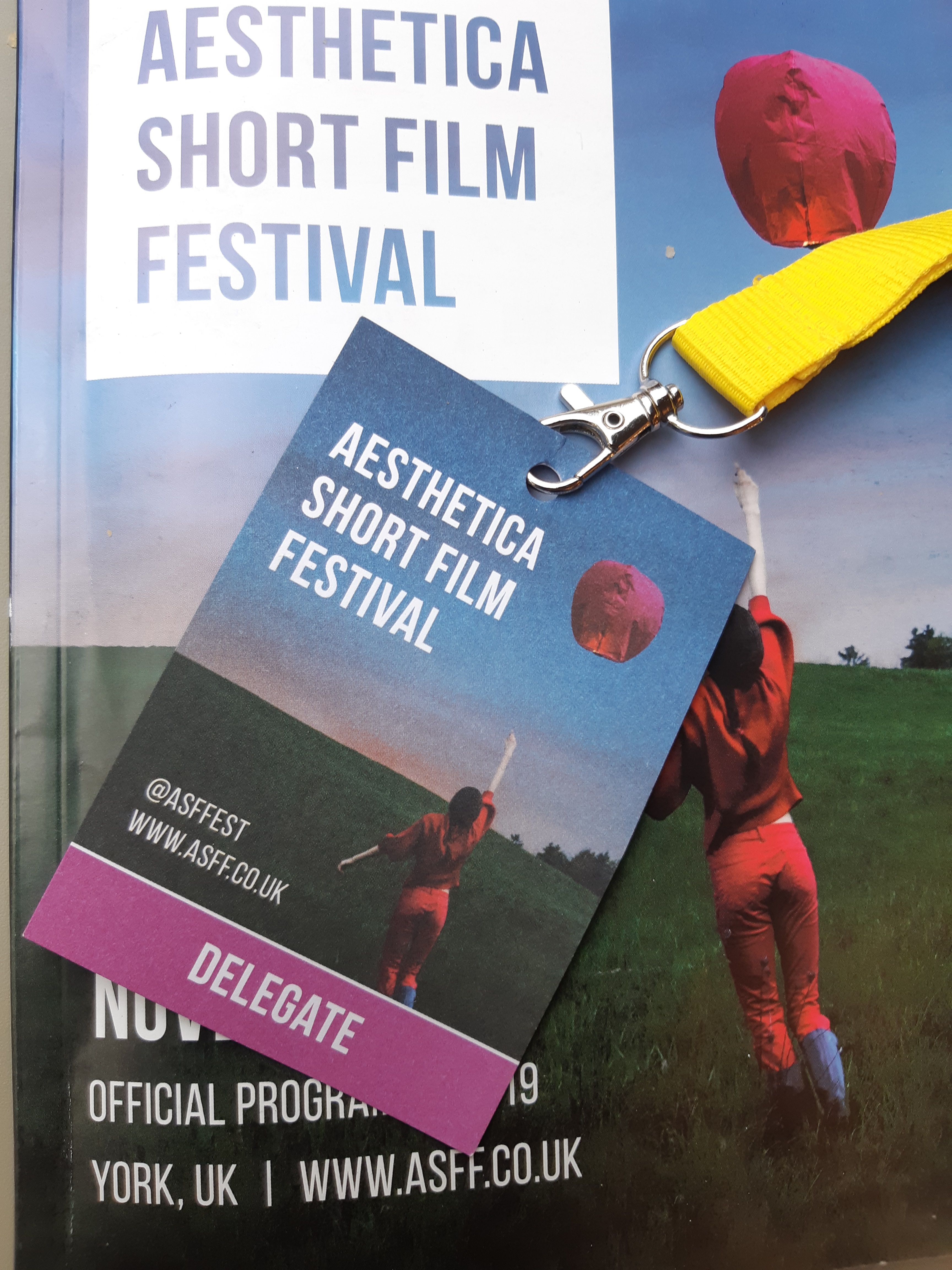 I love the masterclasses that ASFF provides. It is always a great way to learn from experts in their field. I attended masterclasses by producer Mary Burke, Executive Producer for the BFI, and one by producer David Thompson. I learned a lot from the masterclass by the BBC Writers Room and thoroughly enjoyed “Insights from BFI Network” and “Ideas with Potential: Pitching a Captivating Story”, both of which had talent and development executives talk about available film funds and what they were looking for. Then there was an Industry Marketplace as well on Wednesday, where representatives from organisations, film schools and film festivals had stands and you could go and talk to them. Everyone is so approachable and easy to talk to and they are very much trying to help you as a filmmaker, which was really valuable for our students.

Aesthetica is the right place to meet new people. The festival hosts daily networking sessions and panel discussions. The setting is friendly and informal enough that you can walk up to someone and talk to them and have a drink together. You really meet people that you can establish a long-term relationship with. I am still in touch with people I met at Aesthetica a couple of years ago and every year I meet new people who I want to work with.

Our showcase screening was very well attended by both students, Alumni and Aesthetica visitors. Five films from students from different years were showcased and followed by a panel discussion: “Fact & Fiction: Blurring the Lines.” For some students it was the first time their film was shown at a film festival, or even the first time they attended a festival. As a BAFTA-affiliated festival, Aesthetica is an amazing first festival for young filmmakers to go to and to have their films shown. I’m very proud of the students and the films they screened and I am sure they will go far!