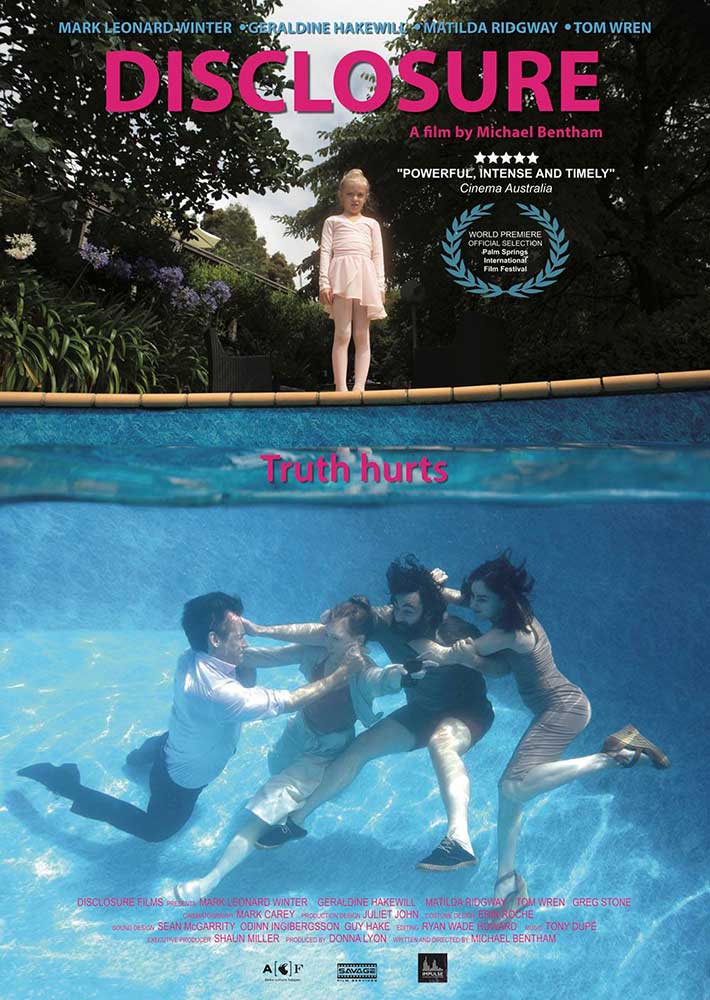 Directed by ex-NFS directing tutor Michael Bentham with Cinematography by NFS’s Mark Carey Disclosure was shot on location in Australia. The production was supported by the Northern Film School with grading completing at Electric Press. Northern Film School alumna Brittany Gomez and student Mike Bailey both worked on the production alongside many staff, students and alumni from VCA at the University of Melbourne. Disclosure is an academic and creative collaboration that attempts to tell a story that addresses a difficult contemporary issue through an innovative shooting style set against a background traumascape in what appears to be the perfect setting.

What the Palm Springs International Film Festival says about Disclosure:.

“In his assured and provocative feature film debut, writer/director Michael Bentham accomplishes a very difficult thing: he creates an intense adult drama that takes place in one location. Unlike predecessors such as 12 Angry Men or Rear Window, this story takes place in a tropical garden by a pool. The peaceful setting is in great contrast to the ferocious and complex circumstances playing out there. Two couples, friends by way of their young children, meet to work through the allegation of one couple’s 4-year-old daughter against the son of the other. A conversation that begins with civility and carefully chosen language soon takes unexpected twists and unsafe turns. Marked by notable performances from its four leads and sharp, rhythmic dialogue that doesn’t swerve from uncomfortable themes, Disclosure is sure to be one of the most talked about films this season.”