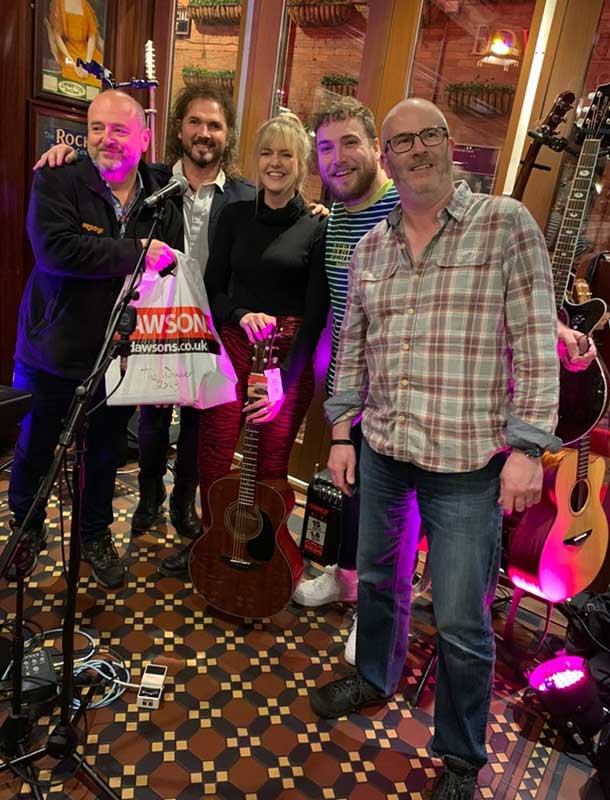 Lucy says, ‘Up against some amazing local talent, I performed two original songs, ‘Stars’ and ‘Everlove.’ At the end of ‘Everlove’ I added the Christmas classic 'The Christmas Song' by Nat King Cole which turned a few heads.’

She won a guitar as well as an endorsement from Farida guitars and recording time. On top of the amazing prizes Lucy won she also managed to bag herself a slot in the Belfast/Nashville festival in March 2020 and she has also been given the amazing opportunity to do some song writing alongside the very talented musician, Brian Houston.

The second year student will also be performing her work in city venues in April as part of her studies on the performance and production course.

Watch a video of Lucy's performance.

Dr Sue Miller is a Reader in music, teaching on the undergraduate and postgraduate courses in performance and production. As an academic and practitioner she specialises in popular music analysis, improvisation, ethnomusicology and performance.