At the 45th Annual Conference of the Association for the Study of Play (TASP) Professor Fraser Brown received this year's Brian Sutton-Smith Award for Play Scholarship. 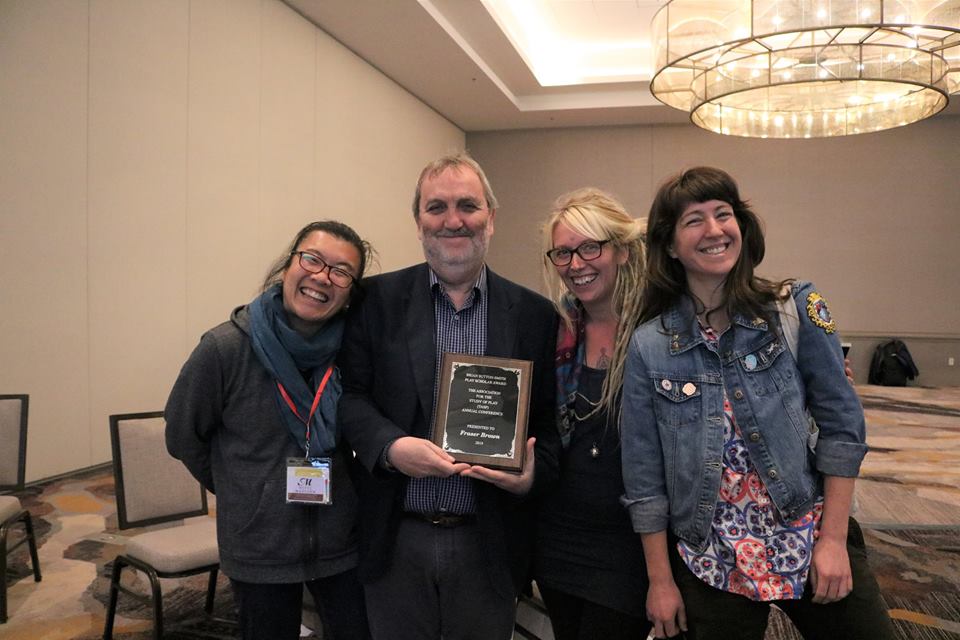 Professor Brown is the first non-American to be honoured in this way. The award was made in recognition of his contribution to our understanding of children's play, and the development of the playwork profession.

Professor Brown has developed a considerable body of work focused around his research with abandoned and abused children in the Transylvania region of Romania, especially those from the Roma communities. The leading American psychotherapist Dennis McCarthy described Professor Brown's work as having “altered ideas in psychology about child development” and “of great relevance to anyone working in the field with people of any age.”  Professor Brown's work has featured in nine books, 35 book chapters, and 22 journal articles. Since the turn of the century he has spoken at over 100 national and international conferences.

The photograph shows Professor Brown with three of our postgraduate students, who were attending the TASP conference - from left to right: Suzanna Law, Jyoti Imix and Morgan Leichter-Saxby.

Note: Brian Sutton-Smith was the 20th Century's leading authority on children's play.  He is most well known for his statement:

"The opposite of play is not work - it's depression"

Everything that is going on at the School of Health and Community Studies.