Hi, I'm Amy and I've done some research into the history of our university.

When I was applying to study at Leeds Beckett, one of the things that really drew me in were the buildings. There's the beautifully modern buildings of city campus, and the fascinating historic structures on Headingley Campus - both adding to the wonderful architecture of the university as a whole. In this blog post I am going to talk about some of the best buildings the university has to offer, and the history behind them.

The Rose Bowl is undeniably the heart of the City Campus: a hub that provides seven lecture theatres, countless offices and an incredible cafeteria. Opened in 2009 by the Duke of Kent, the structure has since won the Yorkshire Property Award for Best Commercial Development, as well as the ProYorkshire Award for Design & Innovation. In the ten years since opening, the Rose Bowl has become an iconic landmark for Leeds Beckett students and visitors alike, and will continue doing so for many years to come. Broadcasting Place also opened in 2009, instantly becoming recognisable for its rust-red tower that dominates the Leeds skyline. It’s so well-known, in fact, that it earned the title of ‘Best Tall Building in the World’ by the Council on Tall Buildings and Urban Habitat in 2010! It is mainly the centre of technology, arts, and cultural studies for Leeds Beckett students. As an English student, I actually spend most of my university time in BP, and can vouch for its modern design and practicality on an everyday basis. It’s definitely one of my favourite buildings. 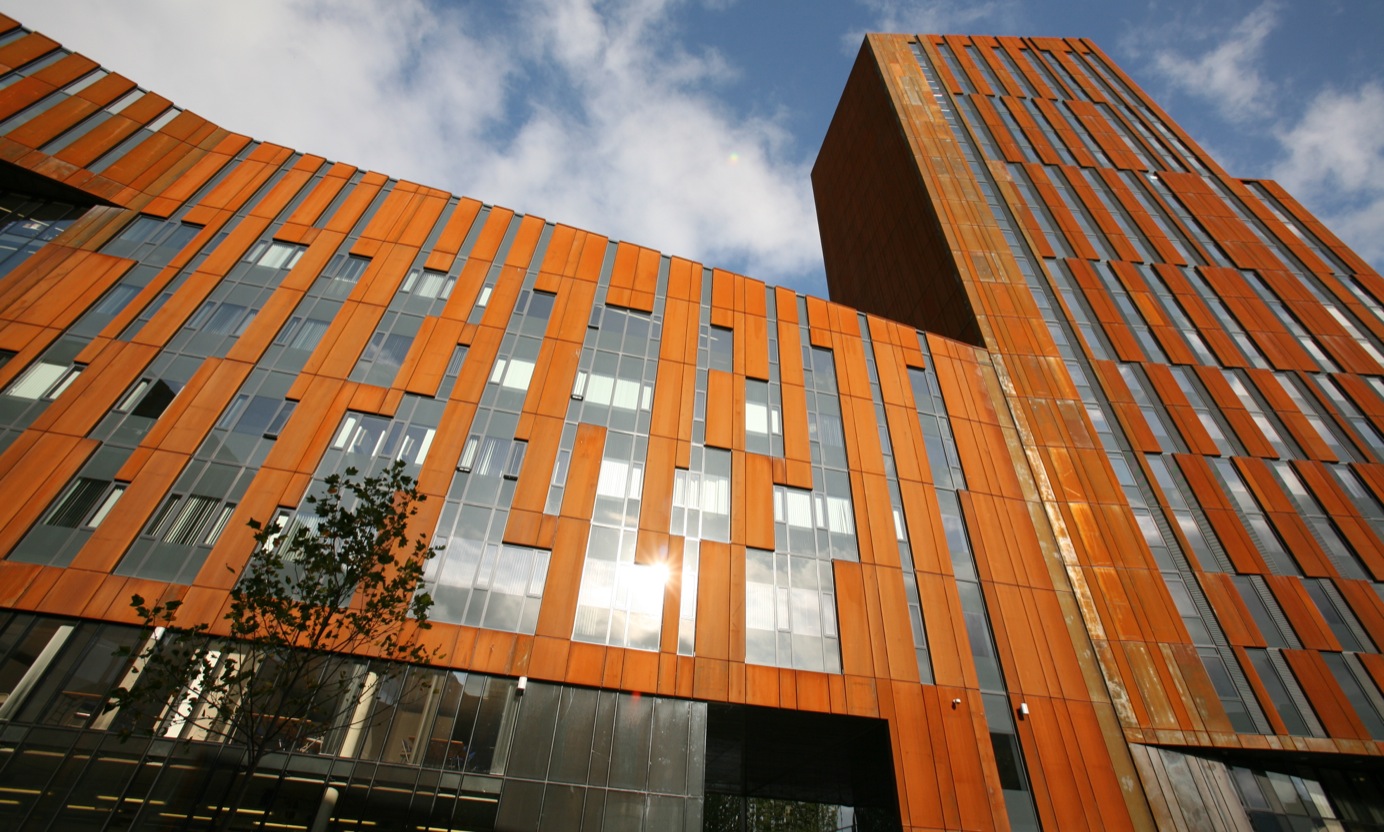 While City Campus has its charm of newer buildings combined with long-standing features, Headingley Campus is the place to go if you’re interested in the university's history and architecture!

Headingley Campus is situated less than three miles away from the City Campus, housing most sport-based courses as well as animation and music studios. This area has always been associated with sport – there are even pictures from 1912 of Leeds’ hockey teams, as well as women playing croquet on the famous Acre (the huge stretch of lush green grass that's in the centre of Headingley campus).

The official opening of ‘the city of Leeds training college’ in Beckett Park was in 1907, although the start of Leeds Beckett University can be traced back even further than that, to around 1842. Fun fact – Leeds Beckett was named after William Beckett, who bought the estate that is now Headingley Campus in 1832 (as opposed to the Irish playwright Samuel Beckett).

The Grange is a Grade II listed building that used to be a mansion long before it was a university building. In the beginning, the land was a farm built by the monks of Kirkstall Abbey, but after the monasteries dissolved and several owners passed down and bought the land, it became acquired by the Beckett family and became known as ‘The Grange’. It was remodelled in 1752 by James Paine into the building that we know today. Looking at the Grange, you might not believe that it was actually used as a military hospital during the first World War, along with the James Graham building! It is now used to house the university's IT services, and some say that the halls are haunted.

Thanks to Leeds Beckett's close links to the Yorkshire County Cricket Club and Leeds Rhinos rugby club - it has two areas it uses at the Carnegie Stadium, Carnegie Stand and Carnegie Pavilion. These areas extend Headingley Campus from the restraints of Beckett Park’s older buildings, and they're just a ten minute walk away from campus. Modules on the Events, Tourism and Hospitality courses are taught at the Pavilion in specialist facilities. There's some very cool lecture theatres overlooking the pitch, as well as many study spaces.

The most instantly recognisable of all of Headingley’s buildings, the James Graham faces the Acre, the plot of grass that unifies and connects all of the campus. Much like the Grange, this building was used as a hospital during World War I, treating over 57,000 injured and sick soldiers. When taken over as a college building, it was known as the ‘education block’. Some say that this building, as well as many others in Headingley Campus, are haunted, and if you listen out for it, you can hear footsteps when nobody else is in the building… Brontë Hall is the closest building to Beckett Park, and used to be a halls of residence up until around 1911. It is a Grade II listed building, in a classic renaissance style, if you’re interested in architecture. This building is also subject to some spooky rumours – check out the Leeds Beckett website if you want to learn about some of the ghostly happenings on campus!

Although there are many other beautifully designed buildings at Leeds Beckett, I hope I have given you an insight into some of my favourites, and those with the richest history!

Hi! I’m Amy, and I’m a first year English and Creative Writing student. I like writing, music, and photography.