"...I feel Eramus+ is a great opportunity handed to students, and one which should be relished!"

Settling into life in at my host University

I had great a time completing my first semester at Jean Moulin Lyon 3. I completed four law modules which deepened my understanding of EU law (which is one of the main reasons for coming to Jean Moulin).

Jean Moulin Lyon III ran a three day ‘Introduction to life in Lyon’ course at the very beginning of the term, in which we learnt about general culture in France, cultural events and history in Lyon. This module then continued for one hour each week during the semester, which helped with learning about Lyon and understanding their cultural values. At the end of the first week, everyone sat a French test to put us in groupings for the next term. This was good as it was just to gauge if we had any French language knowledge, as there is a real mix within the SELF course, for example, I was placed in a group with people who had done a little bit, and my friend was placed in the group for people who could speak very confidently.

In the second week of the Integration period, we were then scheduled differing amounts of a French Intensive course. In my group, we did 17 hours of French in five days. This was really helpful in terms of settling to life outside of the University as I had very little understanding of the language, and quietly, I was shocked a lot of people also did not speak English!

There are certainly distinct advantages of developing my French skills while in France. I feel I have learnt a lot more ‘every day’ language and a more conversional grasp of the language. Something which is difficult to achieve in a classroom.

There have been challenges along the way of settling in; I have had to adapt to a different style of learning as the lectures on the SELF program are a lot longer than that in England, but there is also no preparation work for these seminars. The ‘seminars’ are three to four hours long, occur once a week, this differs from England as there are no ‘lecture/seminar’ separate time slots for the same module. I found this hard to be in a lecture for three hours to begin with, and this is definitely something that I had to get used to.

Also, the 08:00 starts at University are definitely something myself (and possibly all English University students) will have to get used to, although it is refreshing to walk out a lecture finished for the week at 11:00, as there is no preparation work.

On reflection, at the end of the fall semester, I feel I was supported into settling into the University. Although, as expected with any exchange, I did have challenges with regards to some settling in, I am very much looking forward to returning to the Spring Semester and making the most of the time I have left out in France!

How life in France differs from life in the UK

There are a lot of differences between France and the UK, for example Sunday in Lyon is very much a family day, with shops including Part Dieu (the biggest inner city shopping centre in Europe) shut, even the food shops shut midday which is perfect when you’re craving some mid-afternoon snacks and realise you can’t give into temptation until Monday morning. One Sunday, a group of Erasmus students and myself went to Parc de la Tete d’Or which is a beautiful park in Lyon, with a free, open zoo and boating lake. It was great and bustling with families. I’ve actually really enjoyed the ‘closed on Sunday’ vibe Lyon has, although it is incredibly inconvenient for someone who is used to shops being open every day of the week. I have since been informed by my French flatmate I will get used to it, and it truly does make Sunday feel like a day of relaxation. I feel this is something England should do as Christmas day is literally the only day we have where everything is closed!

The number one thing Lyon has got right is public transport. It’s frequent, cheap and you can get anywhere. For just €31.50 a month, I can get unlimited travel on the metro, tram and buses.Not that I’ve yet to even adventure on to the latter as the metro and tram have reached everywhere I have needed to be! This compared to any city in England is really cheap, it even beats the Leeds student £1 single to Hyde Park and Headingley.

The biggest difference between Jean Moulin Lyon 3, and Leeds Beckett has to be the opening hours. Jean Moulin Lyon 3 opens at 08:00 and closes at 20:00, and the lectures on the SELF program are between two and a half and four hours long. Even though is a completely different style of learning to that in the UK, it does mean that you only have the class once a week, and when you’re in the class, you can get really stuck into topics and have a lot more time to discuss things in-depth. Also, Jean Moulin has a campus wide lunch break 12:00 – 14:00, which is probably one of the reasons why the classes finish at 20:00. The break is really nice because it gives you two hours to socialise with French students, and as my program is for international students, it means I feel like I have integrated with the locals, and not just the international students.

One thing I find very funny about Lyon is the fact that a lot of adult’s scooter around like it’s completely normal! Its legitimately a thing here. My opinion is that this is a good thing, it is better for the environment and is healthy… but it did make me chuckle the first few times I saw any over 12 years old riding around, especially the ones in suits.

Altogether, the differences between the Universities and the culture are challenging, but I feel Eramus+ is a great opportunity handed to students, and one which should be relished.

This is one of the many reasons that I choose Lyon. It’s in the centre of Europe, and there are two cheap major bus companies (Flix and Oui bus) which has made travelling very cheap. I haven’t had to fly anywhere apart from England. I’ve gone from Lyon to Paris for £9 each way. In my time studying abroad, I’ve been also been to Marseille, Annecy, Nice, Monaco, Grenoble, Verona, Milan, Venice and Verona. To add to this, I’ve had the opportunity to do things like skiing in the Alps (which was interesting as the picture shows!). I also went to Disneyland! It’s been incredible and will be a year I will be grateful about forever. I’ve seen parts of France and Italy that I probably wouldn’t have thought of going to. 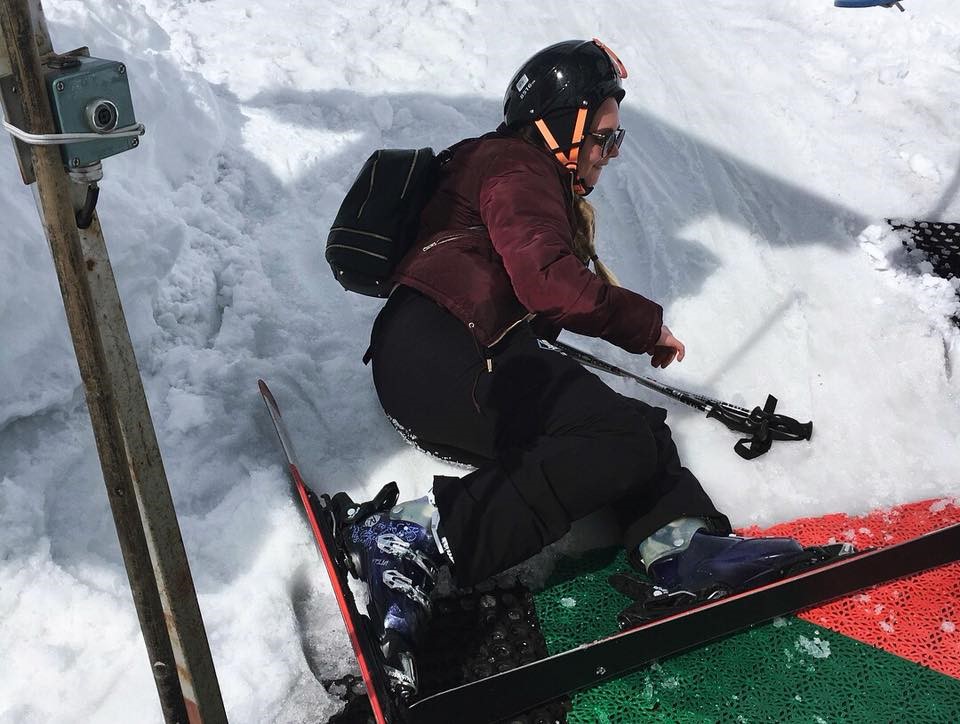 I've made friends from all over the world. I’ve already planned a few trips after finishing University to see people from Lyon in their home countries. It has been really eye opening and a breath of fresh air to meet people who have a different upbringing and different values. But, everyone has the same desire to have a good time and make the most of Lyon and the opportunities.

I have loved learning French. Although, obviously this is dependent on what country you choose. Saying this, I have struggled with it at the French University. The number one thing I would recommend is doing a course or trying to come with a basic understanding of the language of the host country. If I was to do Erasmus+ again this would be my number one priority.

However conversationally, I’ve learnt so much from day to day life, even though I do have a lot of stories to tell about my failed attempts of French. For example, I got to the top of a mountain in Grenoble and ordered what I thought was a Hot Chocolate – perfect for the minus two-degree weather. The man brought me out a nice bowl of chocolate ice cream, to say I was cold was an understatement!

Erasmus+ has inspired me to carry on learning French when I return home. It is also something which has incidentally helped me decide on a career path, something I would never had predicted.

Overall, I would highly recommend studying aboard. It’s helped me develop as a person and has pushed me out of my comfort zone. There is, in my opinion, no other opportunity quite like it. When else can you study in a foreign country with such ease and accessibility?

To sum it up, by the time I leave, I wont have been home in nearly 6 months. I am dreading leaving this wonderful city and people I have met! Although, I am looking forward to actually fully understand what people around me are saying when I’m home!

Dew Uwadia - Volunteering in the United States of America