Dog walkers want their dogs to enjoy the chance to be ‘dog-like’ and free on walks, new study shows

11 January 2017
Dog walkers want their dogs to have fun, freedom and space to enact their ‘dog-ness’ when they go for a walk, a new study from Leeds Beckett University shows.

Rather than there being a one-way flow of power where the human is dominant, the dog walk is where humans and dogs negotiate power within their relationship. The study, published in Social and Cultural Geography journal, highlights a delicate balance between ‘listening’ to what a dog wants and needs from a walk and acting out a human’s own dispositions and interpretations of what is best for themselves, their dog and others within the communal space.

Twelve people in Northern England, between the ages of 28 and 66 and who walk with dogs, took part in in-depth interviews as part of the research. The aim of the study was to examine how humans share spaces with their animal counterparts, and how walking experiences with animal companions are negotiated.

Dr Fletcher explained: “The study reveals that humans walk their dogs in large part because they feel a deep-rooted emotional bond with them and hold a strong sense of obligation to ensure they stay fit and healthy. Perhaps more interestingly, humans also walk their dogs because they believe their dogs have fun and are able to be more ‘dog-like’ while out on a walk.

“We found that it was whilst out on the walk that many respondents felt their relationship with their animal was most strongly enacted outside the confines of the domestic setting. This sense of humans ceding authority and providing the freedom and space for their dogs to enact their ‘dog-ness’ was important to the respondents.”

With 40% of UK households being home to a domestic pet and 8.5 million dogs living in UK homes (source: Pet Food Manufacturers Association, 2016), the average person walks with their dog for eight hours and 54 minutes a week, covering 36 miles (source: Esure Pet Insurance, 2011). The new research shows that a dog walk is a partnership, involving co-knowing and anticipatory knowledge, all of which is negotiated (and, to a degree, managed) by human walkers.

The study found that dog walkers commonly thought of the walk as something they did for their dog. Each respondent believed that dogs possess their own unique personality, likes and dislikes. 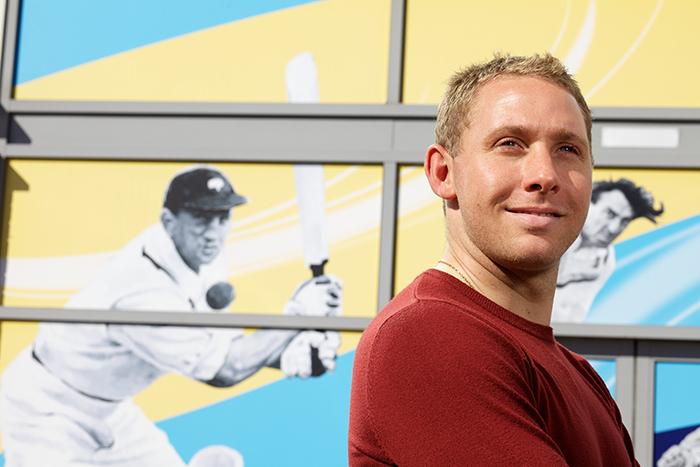 Dr Fletcher said: “In most cases, characteristics of the walk such as timing, length and place, were determined by their dog’s personality and what they, as humans, thought the dogs liked and disliked the most.”

Also important were ideas of caregiving and responsibility, and of walking being good for a dog’s health and wellbeing. Whilst walking patterns varied significantly, there was consensus that around 30 minutes twice a day was acceptable.

Whilst previous research suggests that the dog walk is seen as a human obligation, or even a chore, the new study found that, in most cases, this sense of obligation was actually overshadowed by the respondents’ want to walk, based on a desire to see their dogs having fun.

Dr Fletcher explained: “The walk was seen as an invaluable opportunity for dogs ‘to be dogs’. There was widespread belief that dogs are happiest when out in the open, and it is here that they are able to best demonstrate their ‘dog-ness’. This was important because, despite the respondents acknowledging that their dogs had been domesticated, they also took pleasure from seeing them behave ‘like dogs’.”

One respondent articulated this by saying: “One of the biggest joys for us is when one of us stands at one part of the field and the other; and he just runs. And we’ve managed to time him. He does 30 miles an hour. And he looks like a cheetah, he looks like a wild animal. And it just makes your heart, I mean, I feel a physical change in my body when I watch him run, which has never been created by anything else, really.”

Some respondents discussed modifying their walks as a result of anticipating their companion’s behaviour, which highlighted the tension between human authority and animal submission. For example, one walker generally kept his dog on a lead due to a perception of that breed being ‘poachers’. This walker feared if, let loose, his dog would kill rabbits and other small animals.

Dr Fletcher commented: “The dog’s ability to run free was often curtailed by her ‘other’ instincts and the human interpretation of these. In the case of the respondent highlighted above, whilst his intention was undeniably good, it does raise a number of questions about the ethics of domesticating animals to suit human needs.”

Similarly, respondents tended to frame their commitment to their dogs’ wellbeing and fun in terms of allowing them to behave in certain ways.

Dr Fletcher continued: “In spite of this, respondents did attempt to ‘listen’ to their companions and wanted to please them. They acknowledged and appreciated the ‘beastly’ nature of dogs in needing the freedom to explore and do their own thing independently. However, this ‘listening’ relies on humans imposing their own interpretations onto animals and their actions.”

Whilst dog walking is commonly thought of as a social activity, the researchers found that most of the respondents preferred to walk alone and some actively avoided interacting with other walkers. One noted that a culture of judgement existed in her dog walking community, where people known to walk their dogs less regularly were actively excluded.

Dr Fletcher said: “Respondents acknowledged the problematic nature of human and dog interaction, with some discussing how the spaces chosen for walks were selected purposefully to ensure a relatively straightforward (and pleasurable) experience is maintained for both dog and walker. Some respondents chose to walk routes they knew would be quiet. They did this for two reasons. Firstly, they did not want to socialise with other humans (or their dogs); and secondly, some believed their walk would be easier and less stressful if their route was human and dog-free.”

One participant commented: “Sometimes I have had to apologise for no reason, like even when my dog hasn’t done anything wrong. Just sometimes you get children who are scared of dogs and they would run away and have a little cry, even though he hasn’t gone anywhere near them. You just say “sorry”. I suppose it is just another etiquette thing really.”

Dr Fletcher said: “Walking with dogs represents a potentially important cultural space for making sense of human-animal relations. Our research has shown how the personalities of both dog and walker can shape not only walking practices, but also the human-animal bond.”

The researchers feel that future research in order to understand how humans attempt to fulfil the needs and wants of their dogs (and other animal companions), is vital.

Dr Fletcher added: “Moving forward, we would like to see research taking place that can capture the ‘beastly’ nature of animals, allowing them to act without human interference. Technology, such as ‘dog-cams’ and GPS, has great potential for furthering our understanding of the world of dogs beyond their relationships with human companions.”