28 May 2015
Our students have been celebrating a year of hard graft with a display of their finest work at our Arts, Environment & Technology end of year degree shows. Members of the public, industry experts and more have been invited along to see top talent in subjects including Creative Technologies, Computing, Performing Arts, Dance, Music, Art & Design and many more.

Photographic Journalism students joined together to present two show-stopping exhibitions in Leeds in April and May.  Under the collective ‘Capture 27’ the students displayed their work at Trinity Leeds from 24 April until 23 May, and White Cloth Gallery from 7 – 18 May.

This year was the seventh annual Computing Showcase, held at the Rosebowl on Wednesday 20 May. Final year students from the School of Computing, Creative Technologies and Engineering demonstrated an array of projects, including a 4 metre long blimp designed and built by Computing student Phillip Marsden and controllable online via chat interface.

Every year our Lift Off Festival celebrates the creative talents of students in our School of Film, Music and Performing Arts. This year the event ran from 11 – 15 May, taking place in venues across both campuses and the city of Leeds.

Early on the week, 10 professional music studios were opened to the public so our music students could showcase the work they’ve produced this year. The showcase culminated in a gig at our City Campus SU featuring students, staff and recent graduates of our University.

Students from our Northern Film School screened their best work at Hyde Park Cinema on the Wednesday, in a packed out showing for crew, friends and family.

Performance and dance events took place across both our Headingley and City campuses, as well as Northern Ballet and Yorkshire Dance in the city centre, from Tuesday until Friday. Performance events included theatre pieces, durational performances and one-to-one performance encounters and conversations.

The show launched on Friday 5 June at Broadcasting Place, City Campus and ran until Friday 12 June. 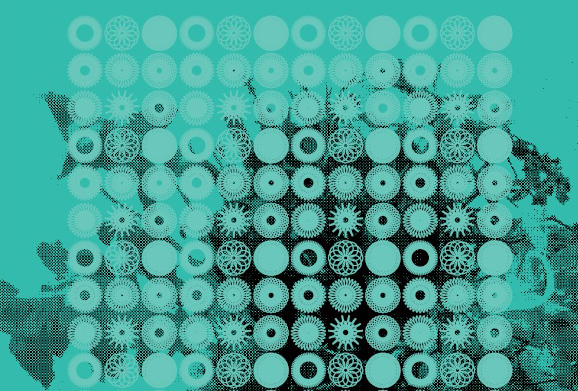