26 November 2015
Ken Scott, the legendary engineer for The Beatles and producer of David Bowie, is set to present his first public talk as Visiting Senior Lecturer at Leeds Beckett University on Wednesday 9 December.

His talk, ‘From Abbey Road to Ziggy Stardust with Ken Scott’, will be held from 6-8pm in the James Graham building lecture theatre B at the University’s Headingley Campus.

Ken, who is regarded as one of the most influential recording industry figures of the last 50 years, will be discussing his life and sharing his memories of working with some of the biggest names in rock and pop. Ken joined Leeds Beckett University as a Visiting Senior Lecturer in the School of Film, Music and Performing Arts in September.

Ken explained: “My presentation is about how I started in the music business, what got me started and continues through my work with The Beatles, Jeff Beck and David Bowie. The audience get to hear how some ‘classic' recordings were made through multi-track breakdowns and stories. I finish up with some of my views about modern day recordings, during which I often become very passionate and attempt to instil that passion in the audience.”

Andrew Fryer, Head of the School of Film, Music and Performing Arts, added: “We are honoured to present this very special event as we welcome the legendary Ken Scott to the School's growing community of internationally-known practitioners and researchers. As someone who has made a global impact on the music industry as a recording engineer and producer Ken has been an inspiration to many of us during our careers and we are all looking forward to gaining further insight into his unique expertise.”

Beginning at age 16 working in the tape library at Abbey Road studios, Ken worked his way up to the position of assistant engineer in a short space of time, where his first session was on side two of the Beatles’ ‘A Hard Day’s Night’ and eventually took over the helm as recording engineer on ‘Magical Mystery Tour’ and the ‘White’ album. 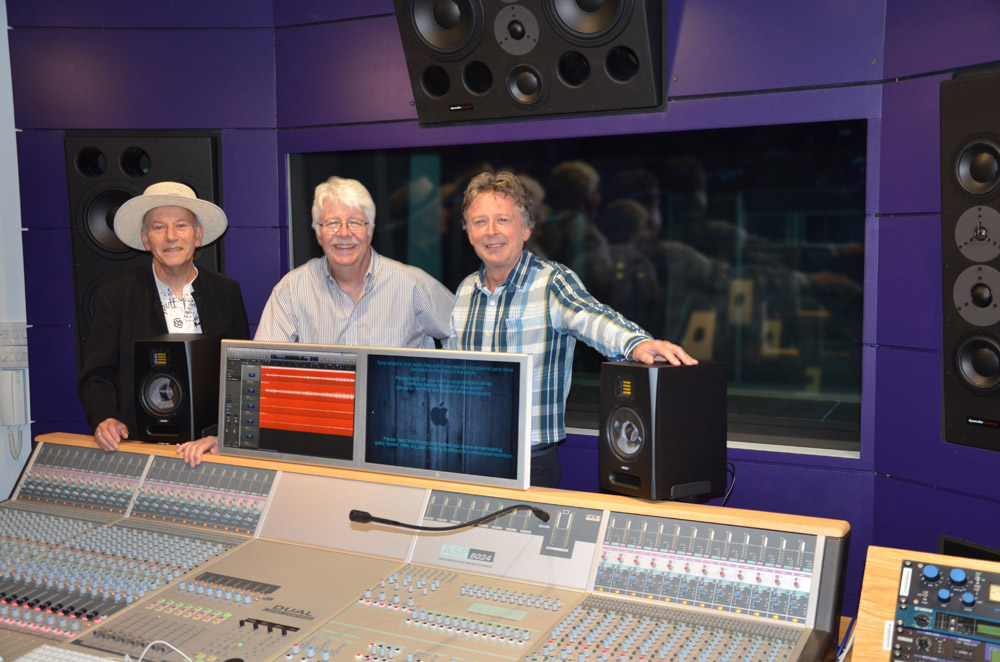 In this role, he worked with a host of other big names in popular music, including Jeff Beck, Pink Floyd, the Hollies, Procol Harum and many more, before moving to independent studio, Trident. For his work at Trident he received three Grammy nominations for best engineered pop album, a Clio Award for ‘I’d like to buy the world a Coke’, and millions of record sales with artists such as Elton John, George Harrison, Harry Nilsson and America.

Ken’s move into music production led him to have more artistic involvement in his work, leading to millions of sales and more Grammy nominations for artists like David Bowie and Supertramp, before he became manager for the band of Frank Zappa alumni Missing Persons.

Ken went on to receive more gold and platinum awards from around the world with acts such as Level 42 and Duran Duran, as well as his work with George Harrison and the George Harrison Estate.

Ken published his co-written biography, ‘Abbey Road to Ziggy Stardust’, in 2012, and he will be drawing from this as part of his presentation.