30 November 2015
The representation of the North of England in British fiction will be addressed by a Man Booker Prize shortlisted author at a public event organised by Leeds Beckett University.

Sunjeev Sahota, named one of Granta’s Best of British Young Novelists in 2013 and a rising star of contemporary literature, will be considering how the North of England is- and will be - represented in British fiction by the next wave of British authors.

The event, which is the third instalment of the (Re)Writing Yorkshire guest lecture series, a collaborative venture by the School of Cultural Studies and Humanities at Leeds Beckett and The Leeds Library, will take place at 6.30pm on Tuesday 8 December at the Library (18 Commercial Street, Leeds, LS1 6AL).  Places are limited and must be booked in advance at http://www.leedsbeckett.ac.uk/#events.

Dr Katy Shaw, Principal Lecturer in English Literature at Leeds Beckett University and an integral figure in launching the Granta Best of Young British Novelists list worldwide, will chair the event.  Dr Shaw said: “Sunjeev is an incredibly gifted author.  His narrative style has captivated readers worldwide to much critical acclaim and commercial success.  We are very honoured to welcome Sunjeev to this event which will fuse readings from his novels with an interactive Q&A session.” 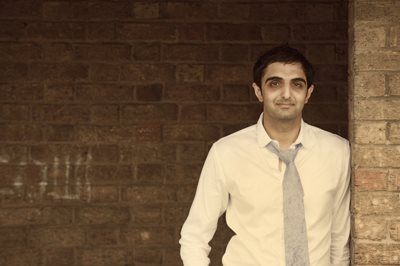 Born of Punjabi descendants, Sunjeev grew up in Chesterfield.  After finishing school, Sunjeev studied mathematics at Imperial College London before working in the marketing department of a leading insurance company.  His love of literature began when he was 18 years old when, on a trip to India, he picked up a copy of Salmon Rushdie’s Midnight Children at the airport; it was the first novel he read and the catalyst to his writing career.  Since then Sunjeev has published two novels: Ours Are the Streets, which examined radicalisation among Muslim youth in Sheffield and The Year of the Runaways, which, released in 2015, was shortlisted for the Man Booker Prize.  The novel explores global issues of identity, belonging and culture through the lives of three male immigrants who arrive in 21st century Sheffield.

Speaking about the upcoming event, Sunjeev said: "I love Yorkshire.  I have been looking forward to this event since it was first mentioned to me. It should be great."

Dr Rachel Connor, Senior Lecturer in Cultural Studies and Humanities and organiser of the event, said: “The (Re)Writing Yorkshire series was established because we recognised two things: a need to host a live event that connected Leeds Beckett with the wider reading and writing community, and a need to share our fascination with representations of 21st century Yorkshire across the creative and critical domain.

“The series to date has been a great success, drawing people from all over the Leeds region.  I look forward to continuing the series in 2016.”