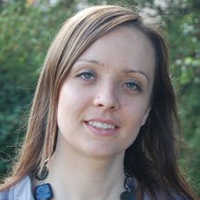 Dr Adele Senior is a Reader in Theatre and Performance and also Research Coordinator for Performing Arts. Her work has been published in International peer reviewed journals such as Performance Research, Theatre Research International, Contemporary Theatre Review, and Theatre Journal.

Adele's research interests include the ethics and politics of children in contemporary performance; the relationship between continental philosophy and live art practice; the biological arts in the UK, US, Europe and Australia; and issues relating to archiving and documentation.

Adele is currently working on a research project that focuses on questions of children’s potential for political agency in theatre and performance, which is informed by Hannah Arendt’s idea of natality as birth in the political sphere. The project has several strands, including collaborations with Dr Gary Anderson (Liverpool Hope University), Dr Lena Simic Anderson (Edge Hill University) and The Institute for the Art and Practice of Dissent at Home. As part of the project Adele is co-editing an issue of the journal Performance Research entitled ‘On Children’ (forthcoming Jan/Feb 2018) and she recently convened an international symposium in Leeds entitled ‘With Children: The Child as Collaborator and Performer’ involving children as delegates, chairs, and keynote speakers (January 2016).

Adele’s interdisciplinary collaborations have included a research project on charisma and presence in Performance Art (Senior and Kelly 2016), which draws together literature on charisma in theatre studies and scholarship on charismatic leadership in organisation studies. This research continues Adele's interest in interdisciplinary practices, which began with her AHRC-funded PhD research at Lancaster University, completed in 2010. The thesis examined bioart as a marginalised practice within performance studies and involved a practice-based research residency at SymbioticA, the Art and Science Research Laboratory at the University of Western Australia.

Adele has a Postgraduate Certificate in Academic Practice and is a fellow of the Higher Education Academy. She has previously taught as a permanent Lecturer on the BA Drama and Ph.D. programmes at the University of Exeter (2010-15) and BA Theatre Studies programme at Lancaster University (2006-09).

As well as supervising at PhD level, Adele teaches on:

Adele’s scholarly work is grounded in a wider intellectual commitment to exploring the potential of Derridean deconstruction for both analysing and writing (about) the spectatorial encounter with performance, live art and bioart practices. This has included a critical interrogation of notions of archiving, messianism, and an ethics of responsibility in relation to both live and documentary traces of various bioart practices. Adele has recently returned to her roots in contemporary theatre to consider the political and ethical questions thrown up by the increasing visibility of children in contemporary practice in the UK and Europe over the past two decades.

Adele is currently PhD Director of Studies and she is supervising a Practice as Research PhD around issues of embodied archiving. Adele welcomes enquiries from MPhil and PhD students interested in areas relating to, but not restricted to: