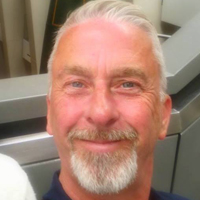 GYPSIES AND TRAVELLERS' EXPERIENCES OF CRIME AND JUSTICE SINCE THE 1960s

Following peer reviews, Anthony is currently writing up the final version of a paper concerning a small scale research project entitled: 'An Exploration of the Gypsy Roma Traveller Police Association' funded by Leeds Beckett University. The paper will present the findings of this qualitative research project based upon an exploration of the aims of the GRTPA, discussing its achievements as an association and investigating any issues and concerns held by members of the group regarding their relationships with other officers, and, with Gypsy Roma Traveller communities and policing in general.

The findings will be used to reflect on diversity in policing, further raising  awareness of Gypsy Roma Traveller issues amongst students on modules delivered at Leeds Beckett. It is also anticipated that the research findings will be disseminated to police via relevant in-house publications as well as Travellers across the UK via publications such as Travellers Times, and, through Traveller support groups. The purpose behind sharing the findings being to increase understanding of the issues faced by minority group membership relative to policing, and, wider society, raise awareness of the GRTPA, and, to disseminate information as widely as possible to feed into and enhance research on race and ethnicity and marginalised groups.