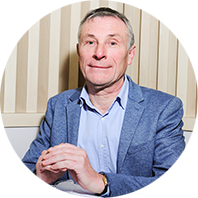 Following a successful career as a practitioner, service manager and strategic leader in the care and education sectors, Dr Doug Martin became a policy writer and moved into higher education. Through his research, he investigates the complex issues impacting on vulnerable children, young people and families. He is a school governor and has been director, chair and advisor to a variety of voluntary sector organisations. He is also a member of the Leeds School Forum, taking an active role in helping to shape schooling in the city.