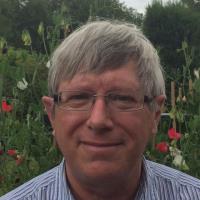 Neil’s main research interests are in the learning and development of language, and the effects of language on cognition and behaviour.

Neil’s interest in psychology began when his elder sister brought home textbooks for the night-school course she was taking with her friends as a social activity. These texts distracted Neil so much from the A-levels he was taking at the time in chemistry and maths that he had to resit them. However, the up-side was that he now knew what he wanted to pursue as a career. He went on to study Psychology at Bangor University where he earned a First class honours degree and a PhD. Part of his doctoral research came from studying the learning abilities of language-trained chimpanzees while employed for a year as a research co-ordinator in Sue Savage-Rumbaugh and Duane Rumbaugh's lab in Atlanta, Georgia. Upon completing his PhD, Neil became a psychology lecturer at Bangor where he specialised in the topics of learning and language, became Director of Undergraduate Studies for 8 years, and co-founded and directed the School-run daycare nursery and centre for developmental research. He served there for over 20 years, before taking up his current post at Leeds Beckett in 2014.

Neil currently teaches developmental psychology on the BSc Psychology and MSc Psychology Conversion courses, and is module leader for the Master’s module on Growing and Developing in the Social World.

Neil’s main research interests are in the learning and development of language, and the effects of language on cognition and behaviour. At the heart of the research he conducts are questions such as ‘What is distinctive about language that gives it the power to transform so many aspects of our psychological functioning, such as our learning, memory, thinking, mental health and personality?’ More specifically, he has been at the forefront of adapting behaviour-analytic tests of ‘stimulus equivalence’ to investigate the processes that underlie children’s rapid acquisition of the receptive and productive symbolic vocabularies that are so crucial to their later intelligence, reading ability, syntactic and semantic development, and school success.