Mirror Mirror on the wall: the function of data in constructing child subjectivity

Data has become an increasingly important aspect of all our lives. Huge quantities of data are collected about us and used in increasingly complex ways to impact on our lives. 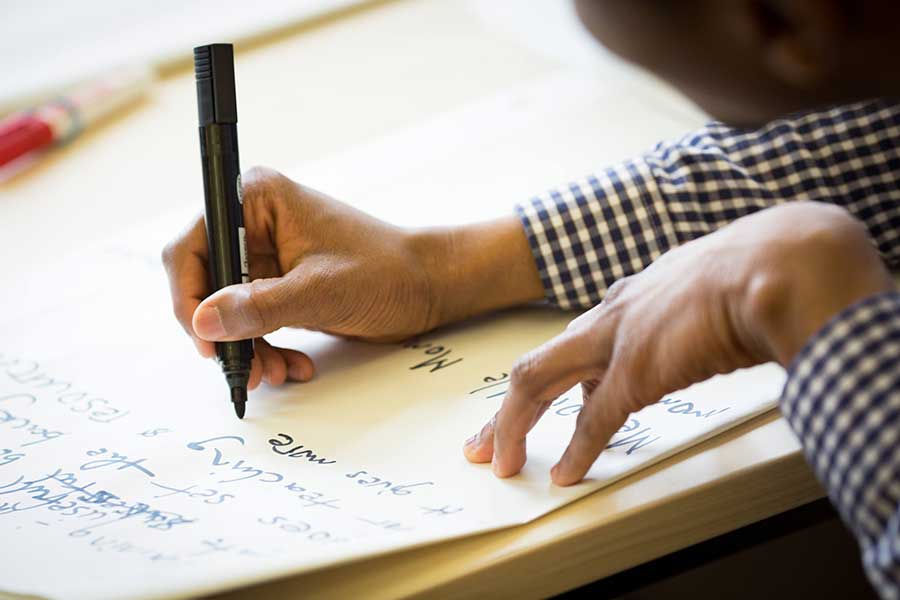 An advertisement for an information services company in the UK recently presented this data as a data-double of the customer. The idea of a data-double or doppelganger (a ghostly double) has been used to describe the concept of datafication, where data forms another version of the self which increasingly takes precedence over the embodied person.

In education, this can be seen in the increase in the volume of data, the change in its use and the impact this data has on both teachers and children. The purpose of education becomes the creation of data-dopplegangers, or data-doubles of the children. Through continued assessment against norms, another version of the child is created, a data-doppelganger which is then used to judge not only the child, but also the teacher and the school (Pierlejewski, 2019). This data-double forms a ‘machine readable’ version of the child (Williamson, 2014), which can be manipulated through online databases and used to make predictions about future attainment.

The idea of the doppelganger also exists in literature and film, with Oscar Wilde’s The Picture of Dorian Grey (Wilde, 2000) and the 1999 film Fight Club being examples. This genre has been explored from a psychoanalytic perspective (Dolar, 1991) and these analyses have formed the basis of my research into the impact of datafication. In particular, I use Lacan’s mirror phase, as this deals with the notion of another self in the mirror (Pierlejewski, 2019). In summary, when a child becomes aware of their mirror self, they see themselves as an object and the pre-mirror self is lost.

In a similar way, when a child enters school, they are assessed against norms which act as a mirror, reflecting an objective self. They discover that there are expectations in the form of Early Learning Goals (DfE, 2017) against which they are to be compared. For example, the simple question of ‘can you identify this letter?’ communicates the message that the child should be able to identify the letters of the alphabet. This reveals to the child the unknown unknowns as they were previously unaware that they did not know any letters. Bradbury and Roberts-Holmes noted the impact of the mirror of data on child subjectivity in their evaluation of a baseline assessment trial in 2015. A participant states: ‘Some children looked at me and said “I can’t read” when asked to read parts of the assessment. It was heartbreaking to see their reaction to it and I spent a lot of time reassuring children’ (Bradbury & Roberts-Holmes, 2016, p. 16). The child here sees themselves as others see them, in comparison to decontextualised, age-related norms. This signifies a change in the child as, prior to this, their sense of self was largely constructed through relations within the family. The mirror of data, in the form of assessments used to collect data for the school, as a result changes the child’s notion of who they are. The pre-data self is lost and a new form of normative subjectivity is created.

Mandy Pierlejewski is course leader for BA Honours Primary Education 3-7, QTS and a senior lecturer in the School of Education, Leeds Beckett University.