“An important cog in the wheel”, but not the driver: Coaches’ perceptions of their role in doping prevention

Clean Sport Week provides an opportunity to shine a light on several pertinent matters, and for our team, something of particular importance is the concept of collective responsibility. This community-based approach means every individual involved in sport – athletes, coaches, parents, medical staff, managers, etc. – acknowledging and embodying their role in anti-doping efforts.

As a team, we work to engage with and educate several groups of athlete support personnel (ASP). Under this banner, for me personally, the coach is a key focus.Coaches are vital influencers given the amount of time they and athletes spend together and the mutual interdependence of their thoughts, feelings and actions. In relation to doping behaviours specifically, coaches have demonstrated both damaging and protective roles, and this has been formally recognised in global anti-doping and coaching policy. Indeed, it is explicit in the World Anti-Doping Code (Article 21.2) and reinforced in the International Sport Coaching Framework that coaches are expected to not only comply with anti-doping regulations but also foster anti-doping attitudes among their athletes. Furthermore, coaches will be subject to sanctions for engaging in behaviours that violate anti-doping policy, such as assisting, encouraging, or covering up the use of prohibited substances or methods, as well as use, possession, administration or trafficking of prohibited substances or methods. However, little is known about if and how coaches’ every-day coaching practice aligns with these policy-ascribed responsibilities.

Our most recent paper, “An important cog in the wheel”, but not the driver: Coaches’ perceptions of their role in doping prevention, addresses the lack of insights on this topic. By interviewing UK-based coaches working with young football and rugby league players, it became clear to me that coaches were supportive of anti-doping efforts; they hold strong anti-doping attitudes (i.e., see doping as cheating, wrong, bad) and recognise their position of influence in their players’ lives. This influence was principally exerted through indirect and reactive behaviours, such as monitoring, giving advice in response to questions and creating the ‘right’ culture. Seemingly, coaches’ influence is often assumed, rather than deliberate.

Several individual and environmental factors determined coaches’ anti-doping behaviours (or lack thereof). First, and foremost, was coaches’ prioritisation of performance outcomes; this rendered them reluctant to proactively address anti-doping or other ‘off-field’ matters (e.g., gambling, racism), in their practice. This reticence was exacerbated by a lack of self-efficacy regarding how to advise/act in accordance with the rules. Alongside this, coaches viewed proactive anti-doping actions as unnecessary/irrelevant because a) their players already know about anti-doping and/or b) doping does not happen in their specific environment (i.e., at the age/stage or level of competition at which they work). Consequently, coaches tended to rely on others (both internally and externally to their club) to provide anti-doping support – this explains the title of our new paper.

Critically, coaches’ current behaviours were not policy-driven; coaches were unaware of the expectations and consequences outlined in the World Anti-Doping Code. Worryingly, we identified instances where coaches were at risk of breaching the anti-doping rules (particularly complicity). This gulf between anti-doping policy and coaching practice gives cause for concern and highlights the urgent need for systematic programming of activities designed to ensure coaches are able and willing to take a proactive role in doping prevention, such as the RE>ACT Clean Bystander Intervention (For further information on this, see yesterday’s blog post by Dr Kelsey Erickson). 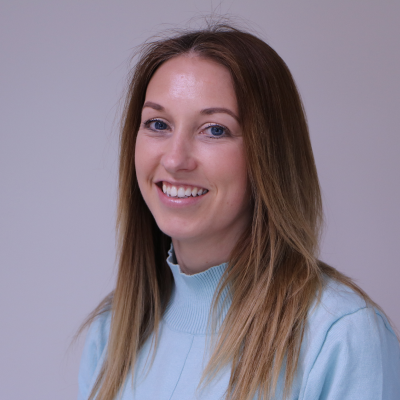