Did you catch up with some reading over Christmas? I had been eyeing my growing pile of skim-read titles for weeks into the run-up to the break. One cracker (no pun intended) from what I did read is still with me. It is Jeffrey Pfeffer’s ‘Dying for a Paycheck’ (2018). Read on if, like me, you find it difficult to combine doing well and being well with helping others do the same.

Pfeffer is a Stanford Professor of Organisational Behaviour. His book details the stubborn complexity of the work lives that constrict and harm so many. (As a caveat, he does not address the change experiences of the people doing well at work.) With impressive dexterity, he details how working life makes many seriously ill and is the cause of death in others. His themes are as universally relevant to attempting change in any difficult circumstance as Covey’s adage about trust; while we may ignore its principles, they always find us.

My interest was piqued by Pfeffer’s chapter seven (of eight) on why people don’t leave toxic workplaces. This chapter represents an elegant analogy for groups desperately needing to change, but find it hard to do. Citing a compelling array of evidence drawn from high quality studies, he shows how easily employees can be surrounded by a cocktail of factors that act like ‘social pollution’. For me, styling the issues as ‘pollution’ was a storytelling masterstroke: I am used to conventional meanings linked to air, water, soil and food. No more. His idea of ‘social pollution’ relates to the action of multiple factors and people (and that may well include you and me); this pollution spreads, like poisoned gas, through networks as much as hierarchies.

The book insightfully details the reality of attempting behaviour change in contexts and environments that almost militate against it. While dubiously reassuring, these effects operate at all levels; remember, CEOs are employees too. Perplexingly, practices suited to early twentieth century production lines prevail in workplaces relying on twenty-first century skills. Further, powerful cognitive biases - confirmation bias, loss aversion and so on - continue to cause problems. The failure to appreciate that emotion drives motivation more than logic is widespread. Neither low expectations nor gussying motivational perks can generate the adaptive emotions accompanying either satisfaction or accomplishment.

He notes that our social networks confer the ‘social proof’ that upholds toxic social norms. When we1 endorse ‘if everyone else believes it, it must be right’ we drive cultures of over-commitment. Destructive relationships and capricious decision-making are supported in the same way. Phrases beginning ‘Everyone knows that…’ help suppress whistle-blowing. Hierarchies contribute, but are more effective in reducing all-important job autonomy.

Another feature shared by networks and hierarchies - and I have used all of them - repeats the narrative tropes that undermine colleagues looking to move on, including ‘couldn’t get a grip’, ‘does not fit in’ and the hierarchical favorite ‘the grass isn’t always greener’. All inure institutional ‘players’ from reconsidering their need for change. Worse, when we protect ourselves like this, we isolate unhappy employees from the feeling of social support that restores both their health2 and performance.

Paradoxically, individuals also contribute to problems by holding resolute personal values about work. High expectations for effort and accomplishment are at the heart of getting things done, especially with inadequate resources. When, using organisation-wide metrics, such highly (over-?) committed people either feel, or are told, that their work performance is below par, their ego and pride in work is undermined. In response, these employees work even harder but with progressively less success. They sacrifice their well-being and relationships to go the extra, extra mile. With declining social support, and having exhausted their entire cognitive repertoires seeking improvement, success is further away than ever. Having exhausted all internal resources, they look outside themselves; they attend all available staff training (as if that really addresses the learning that really matters in learning organisations!).

Sadly, that provision only addresses technical skills and mistrusted in-house procedures. Futility pervades; less-and-less seems to matter because nothing works to address what’s wrong. Closer supervision follows, even though compelling evidence confirms our misplaced conviction in its value. Only one in 13 (<8%) instances of ‘criticism’ resulted in positive responses3. By now, highly committed and accomplished employees have learned to mistrust work processes, the people delivering them, and those mandating attendance.

Almost as bad, if things do work, in a quest for organisational responsiveness, priorities may change quickly. So, committing to demanding, prolonged processes becomes futile, while hard won successes are quickly overlooked. In other cases, serial delivery of organisational goals goes unrecognised (‘why should we, that’s what we pay them!’) Either way, deeply negative emotions always undermine collaboration, creativity and persistence along with meaning, passion and future-focus. These employees increasingly disengage; who engages with unhelpful processes and/or people? In their exhaustion, some finally apply for other jobs but don’t get them. Demotivation rarely impresses in interviews.

Organisations are soon affected by declining individual performances. In another downward spiral of polluting influences, behaviours that used to help now produce sleeplessness, poor nutrition, self-medication and neglected relationships5. Perpetuating this negative spiral, the behaviours soon become norms for others. Organisations then offer supportive in-house programmes. Unsurprisingly, given the state of target employees, attendances are episodic with poor outcomes. Local narratives tropes quickly circulate; ‘If these people were the right ‘types’ why are we wasting money on this?’. Programme funding is soon withdrawn…

Returning to the idea that Pfeffer addresses universal concerns, his examples converge with my recent experiences around promoting physical activity both in workplaces and in low SES neighbourhoods in Calderdale, Leeds and in Stockton-on-Tees. Many inactive people in these neighbourhoods also seem surrounded, maybe even overwhelmed, by longstanding, multiple, interconnected socially polluting influences. Their daily routines can be dominated by the distinctively polluting effects of stigma, poverty and limited accomplishment, conferring life with little hope or meaning. Nothing works there and everyone agrees, so why bother? This destructive consensus has an familiar, leaden, predictability to it. It continues….

With only limited appreciation of these complexities, outsiders then design programmes for them, not with them. The programmes lack relevance and don’t recruit well, so funding is soon cut. Groups are labelled unresponsive. To cope, local people actively support behavioural combinations that offer transitory relief from daily misery; outsiders see these same combinations as signalling an unconscious rebellion by people who ‘obviously’ don’t know what’s ‘good for them’. Now the well-meaning outsiders become dispirited….

Pfeffer made me see that social pollution exists as much in places where we work as where we live; the alignment across domains suggests some universal imperatives regarding change. Take a moment to consider its relevance to domains that matter to you, where change is needed but hasn’t yet happened. 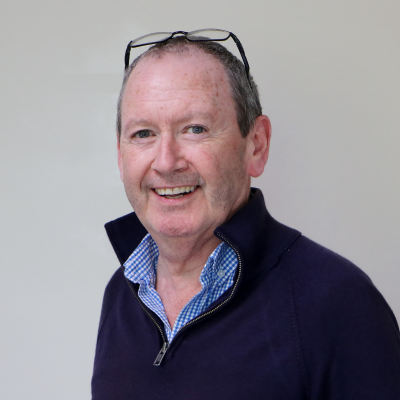