'Embodied Cognition Is Not What You Think It Is'

by Dr Andrew Wilson | 05/06/2013 |
In the first of a series of posts syndicated from their 'Notes from Two Scientific Psychologists' blog, Dr Andrew Wilson and Dr Sabrina Golonka discuss their most recent published paper, which draws on embodied cognition, perception-action and language.

Whoops, we did it again - a paper based on the blog! This time we are in press at Frontiers in Psychology, in a Research Topic on embodied cognition, with a paper we somehow got away with calling 'Embodied Cognition is Not What You Think It Is'.

This paper draws from a lot of posts on the blog on embodied cognition, perception-action and language. We have used this opportunity to tackle some key issues head on, and we like this paper a lot :) We cover all the important issues and we set up what we think is the way forwards for embodied cognitive science. In addition, it sets up the ground work that we want to build on with our own Research Topic on Radical Embodied Cognitive Neuroscience. We've laid out what we think is the task facing the brain; this is what the brain is engaging with, and so this is what we think neuroscience needs to work with in order to understand what the brain is doing.

It's the kind of paper that will either land with a splash or vanish without trace. We want it to make some serious waves, and we're hoping that we can encourage people to publish free Commentaries on it at Frontiers, to challenge us or pick up our challenges, and, most fun for all, to come work with us to take all this forwards! We want this to be the basis of an empirical research programme and we want you all to work with us on it.  At the very least, feel free to pepper us with questions; this paper is the start of something for us, not the end and we're interested in the response to this paper to frame the next step.

The paper
We begin the paper by introducing our argument that embodied cognition is unavoidably a more radical hypothesis than a lot of people think. As soon as you allow things other than the brain to be central players in cognition, it changes the game entirely, and cognitive science will have to change to match. Embodied cognition explanations will replace traditional cognitive ones.

We lay out what we think are the four key questions truly embodied cognition research must tackle:


We then review research in the robotics and animal literature (based in part on some of the great examples in Barrett, 2011) that establishes that truly embodied solutions are viable alternatives to traditional cognitive explanations. After that we look at the outfielder problem and the dynamical system's model of the A-not-B error (Thelen et al, 2001) as examples of research that follows this research programme with great success.

We finish this section with a contrast; we look at research we don't think is really about embodiment (specifically, Eerland et al, 2011 andMiles et al, 2010) and describe why we think this. It's exciting to have this critique published, as a counterpoint to the papers themselves.

We initially ended the paper there, but the reviewers pushed us to take this analysis further to make the paper more than just a review. So we went 'balls out' (to quote Reviewer 3 :) and included Sabrina's work on a non-representational account of language. We talk about linguistic information and its parallels to perceptual information, and take our first swing at the key question, how does linguistic information get it's meaning? We round this out with a critique of two 'embodied' attempts to understand language comprehension, the action-sentence compatibility effect (e.g. Glenberg & Kaschak, 2002) and the sentence-picture verification task (e.g. Stanfield & Zwann, 2001).

We wrap up with a shoutout to Clever Hans and Oskar Pfungst which Sabrina is inordinately proud of.

Thanks to Frontiers for helping us out with costs, and thanks to our reviewers who gave us a fair ride and pushed us into adding the language section; it really makes this paper kick a lot of ass. Thanks also to the editors, Dermot Lynott, Louise Connell & Judith Holler for hosting the topic and accepting our feisty abstract. And thanks to all our readers on the blog who have asked us annoying questions and guided us in interesting directions as we attempt to pull all these threads together. 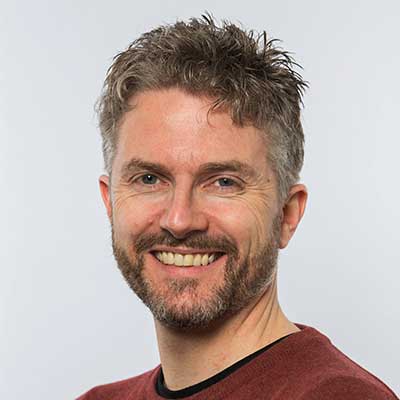 Dr Wilson is an internationally recognised expert in perception, action and embodied cognition.